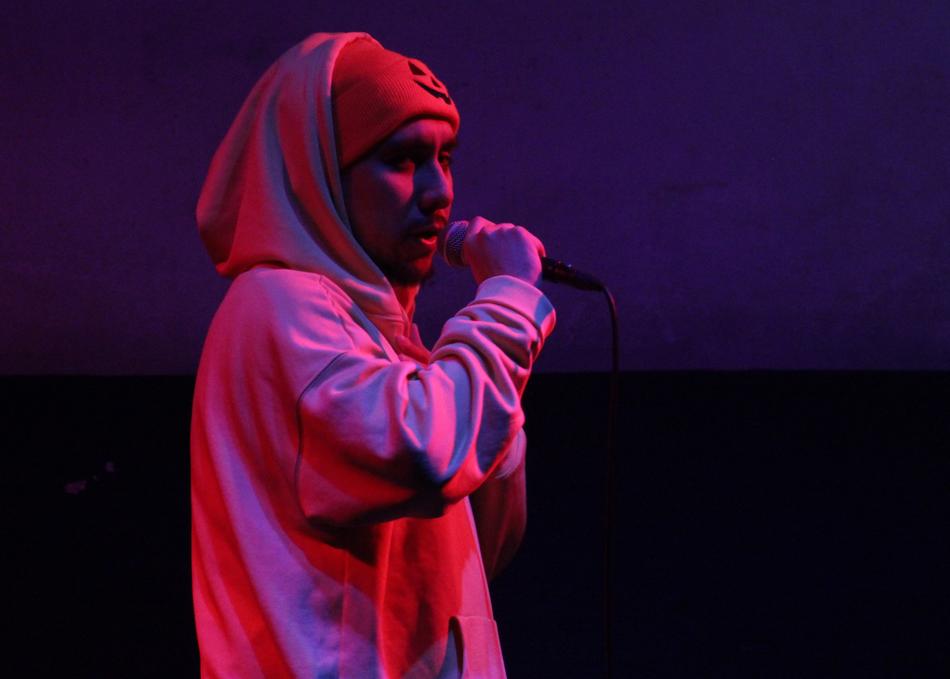 Jorge Luis Gallardo Sanchez a.k.a
Sick Morrison is a Mc from Monterrey Nuevo Leon, Mexico who under many influences like Black Sabbath, PjHarvey, Elliot Smith, Cat Power, 2 minutos, Slug of Atmosphere, Aesop Rock, El-P,
Damas Gratis, Jay Z, Tote King, Reyes Del Vallenato.
Untedly one of the most prolific of Mc's of Mexico with a sound characteristic, and each material has launched concepts and risking no fear Alternative Rap carry all kinds of ears provided with the vision and this proposal can be as dark, ironic, sarcastic, storyteller of his one experiences.

A decade of trajectory with more than 6 works, Between EP's, LP's. Being Burlesque Show (2014) and Verano Woodstock (2015) his most acclaimed albums The last nominee for best album of rap in the IMAS 'Indie O Music Awards, Playlin in Festivals like Cervantino & NRMAL.
The past 2018 he made an Independent tour called 'Mira Mamá sin Manager, Tour' in several cities of Mexico having great impact, it was also the support act for the tour of La Mala Rodríguez. He also contributed music for the Soundtrack of the Mexican series 'Diablero' broadcast on Netflix. This 2019 prepares new album called 'Saint Valentina'.