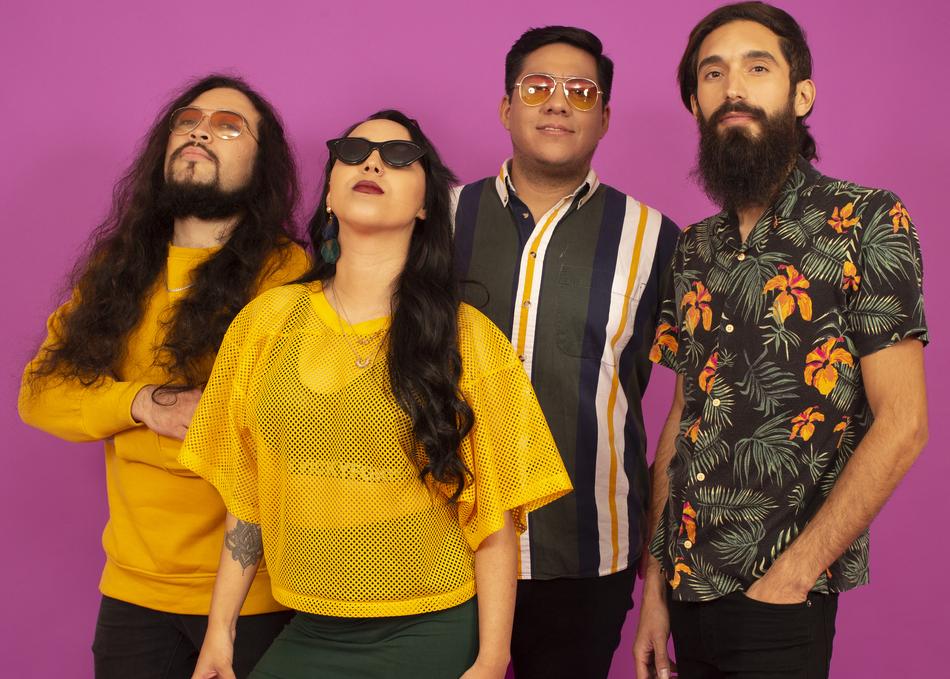 Edna and The Musicians - Ser Normal

We are a band formed by Edna Ordóñez, Jesús Andujo, Javeeh, and Gustavo Ordóñez, musicians from the state of Chihuahua Mexico, people catalog our project as fresh, fun, powerful and complex, words that describe our live show. our influences range from the funk , dream pop, fused with Latin American rhythms.
Our goal is to visit the last corner of the world to create new sounds and atmospheres to dance showing our music in festivals and concerts representing the Latin independent scene.

Edna & TM began its journey in several national band contests of which are invicted. With this they give people plenty to talk about in the Mexican national scene, they made 8 tours throughout Mexico going through cities like Morelia, Puebla, Guadalajara Querétaro, Xalapa, etc., but mainly in CDMX, presenting their music on venues as: SALA CORONA, FORO INDIEROCKS, EL IMPERIAL, BAJO CIRCUITO, FORO BIZARRO, among others from the Roma-Condesa area and even in the USA offering shows at The Lowbrow Palace in El Paso TX. They played mainly in massive events like the opening act of various international artists. In 2017 they get their first support of the brand Sennheiser.

Events featuring Edna and The Musicians