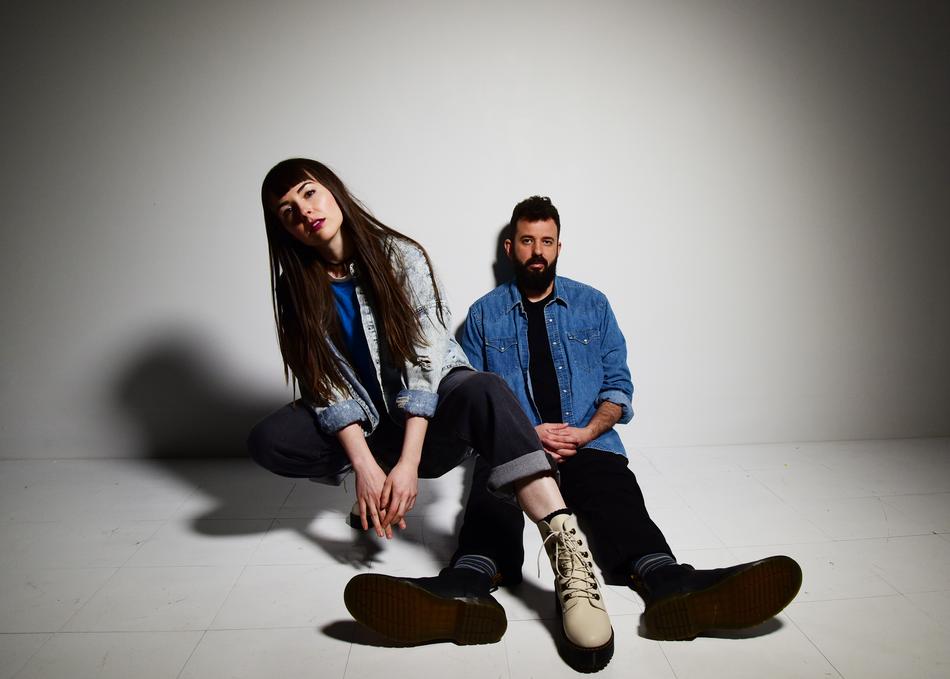 CLAVVS is a duo of accidental best friends. Amber Renee and Graham Marsh might never have met if not for a last minute text invitation to a stranger’s house party. Soon they were writing the songs that would become their first CLAVVS releases. Two albums later, Amber and Graham have dialed in their sound, one that merges his obsession with world music sounds and hip hop drums with her imaginative lyrics and off-kilter pop melodies. The result is both familiar and otherworldly, a distinctive sound that has earned the duo praise from Consequence of Sound, Earmilk, and The 405, who calls CLAVVS “indie hitmakers.”

Despite their often dark and hypnotic sound, there is something hopeful and human in their music. Amber and Graham are energetic and emotive, unafraid to move to their own rhythms. Perhaps that makes sense, as Amber grew up performing in musical theater and singing original Americana songs while Graham spent years on the major label side, earning 4 Grammys before walking away to find a place in the industry that felt more human. CLAVVS is just that— an alternative pop band that examines human experiences with candor and imagination.