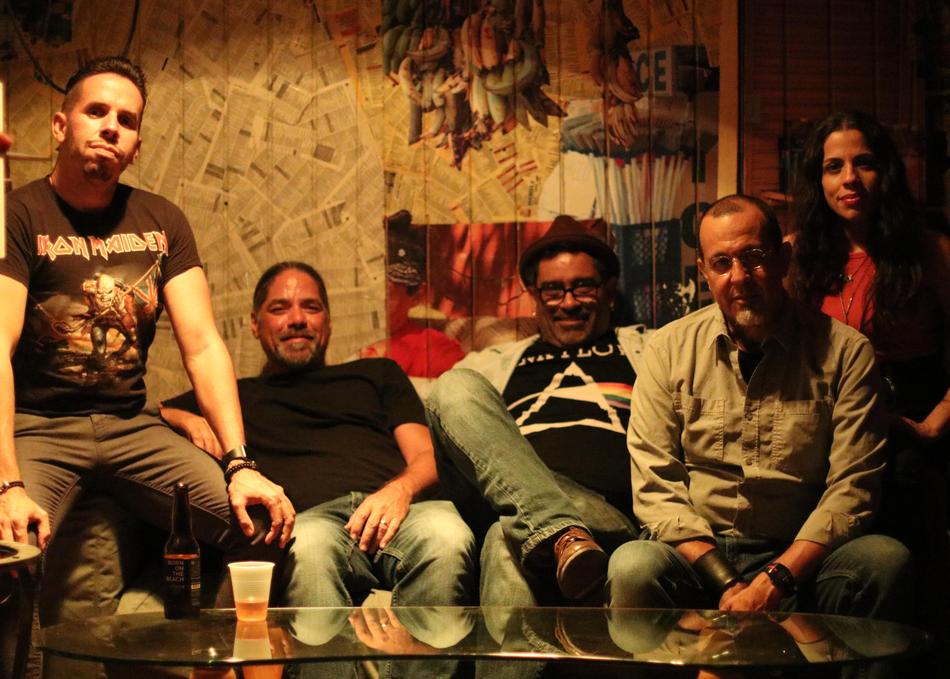 La Banda Acústica Rodante, is formed by the singer-songwriters Tito Auger (Fiel a la Vega’s frontman), Rucco Gandía (Radio Pirata), Mikie Rivera, Walter Morciglio, and Nore Feliciano, the group started playing on February 2014 and has been touring in Puerto Rico ever since.

The group is a unique project who reunites in Tito Auger, Rucco Gandía and Mikie Rivera, three of the most important singer songwriters from the 80’s, 90’s and 2000’s. Walter Morciglio, vocal and lead guitar is a two time Latin Grammy Nominee and has been active in the independent scene in Puerto Rico as guitar player, producer and music engineer. Nore Feliciano and Morciglio are Emmy Winners (2015, 2016) for their music TV show, “Music for your ears” (WIPR).

Tito Auger is the main vocal and guitar player for Fiel A La Vega, one of the most important rock bands of the Island, a group that became recognized for hits like "El Wanabi" and "Salimos de Aquí". To the date, the band holds the records for most albums sold in Puerto Rico and large curriculum of sold out's shows in the Island.