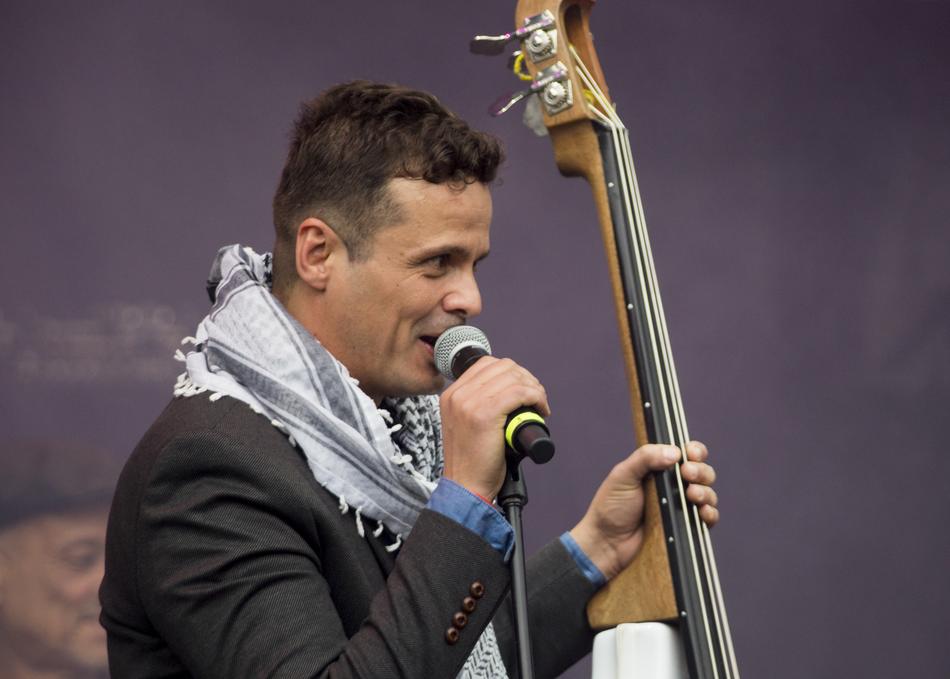 AZULTRABUCO is a Colombian urban ensemble that mixes different Latin music rhythms like salsa, cumbia, cha-cha and boogaloo with the Latin-jazz. AZULTRABUCO got together back in 2005 by musicians from different regions of Colombia, all of them very well known players from several musical styles such as jazz, symphonic music, rock and Colombian folklore. This variety in its members gives AZULTRABUCO a rich and varied sound inside a urban style. The theme of his music is taken from the cotidianity of a city like Bogotá. Led by Carlos Rengifo, bassist, arranger and composer of great musical trajectory, AZULTRABUCO has developed an impeccable musical work that has led him to have presentations at national and international recognition festivals. AZULTRABUCO released its first musical production in 2012 entitled "Calle Caliente" which had a great welcome among the salsa public in Bogota. One of his singles called "Bien Pegao" was included in the compilation of the album "SALSA DC" from the record label MTM Records. They are currently working on the production of his second recospotifyrd project that receives the name of "Barrio Adentro". Two singles are already available on spotify.