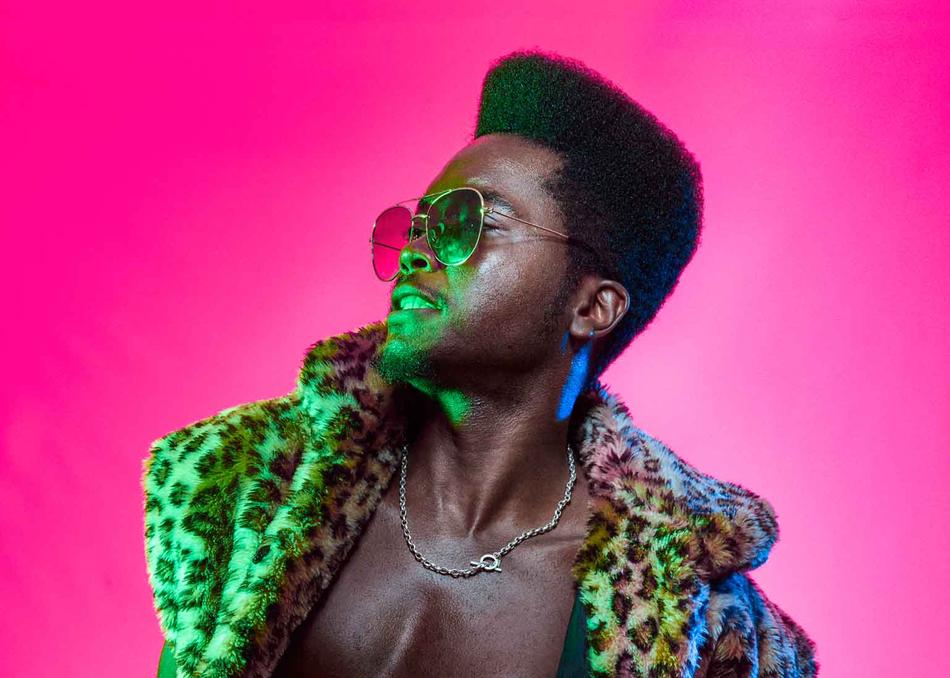 Cimafunk is by far the most exciting new face in Cuba’s music scene.
Cimafunk is a cimarrón (fugitive slaves who settled in the wild to lead a free life in Cuba), a free being defying classification, a pilgrim in search of new musical miscegenation and the reunion of black music. He believes in nothing but the power of the Groove and the cathartic communion of dancing bodies. A renaissance man, conscious of his roots and musical ancestry, Cimafunk’s music looks firmly into the future.
Singer, composer and producer, Cimafunk offers a subtle and bold mix of funk with Cuban music and African rhythms, a life-affirming sound, a UFO in the island's music scene.
His debut album "Terapia" (Independent Production, 2017) and especially his electric live shows are inexorably conquering a multitude of audiences from Havana to Paris. He broke attendance records in iconic venues such as the Fabrica de Arte Cubano, El Sauce and La Tropical.
Cimafunk is the winner of the Havana World Music Festival “Primera Base” Contest. In 2018, he was awarded the Cuerda Viva Awards (category “New Artist”) and his videoclip for “Me Voy” was elected Most Popular Video of the Year for the Cuban Lucas Awards.