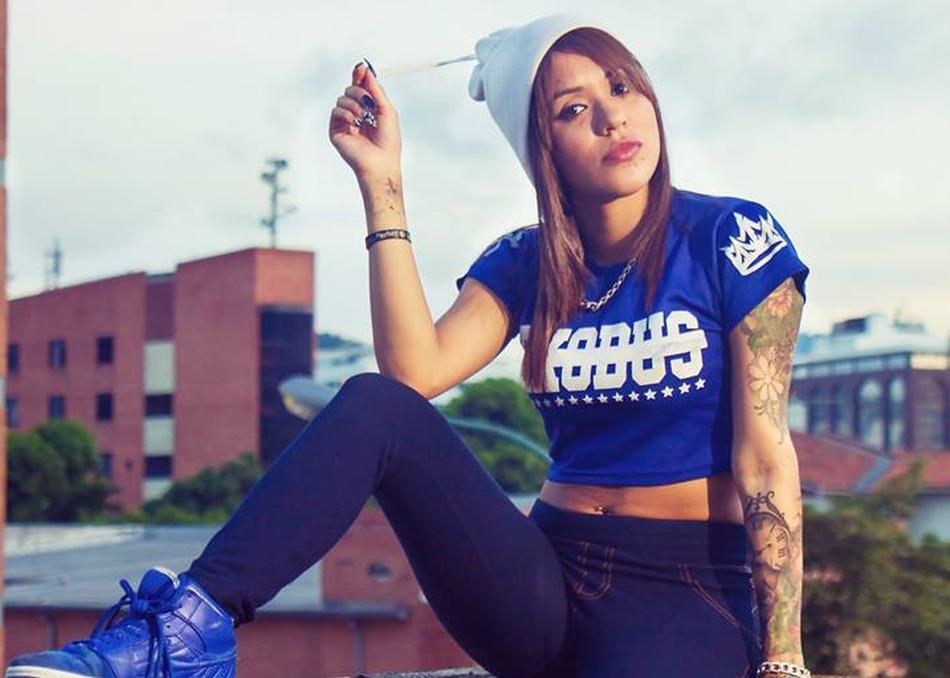 Neblinna, the young MC from Maracaibo, Venezuela, comes to the musical scene at difficult time in her home country’s history. Neblinna now resides in Ecuador and will soon move to Mexico making strides with her solo material as well as collaborating with other artists.

In 2009, Neblinna released her debut song, and in 2011 she linked up with another female rapper Mestiza to release the underground hit “Contenido Y Flow”, which currently has over 9 million views on YouTube. That same year Mestiza and Neblinna decided to formally form a group simply called “Mestiza Y Neblinna”. Their first official music video “Respetense” became a smash hit across Latin America and has over 17 million YouTube views.

In addition to collaborating with Mestiza, Neblinna continues to consistently release politically and socially themed music as a solo artist. She has also toured all of Venezuela, Colombia, Spain and Ecuador performing at massive music festivals and sharing the stage with some of the biggest names in Spanish urban music such as Venezuelan rappers Apache, the late Canserbero, Akapellah and most