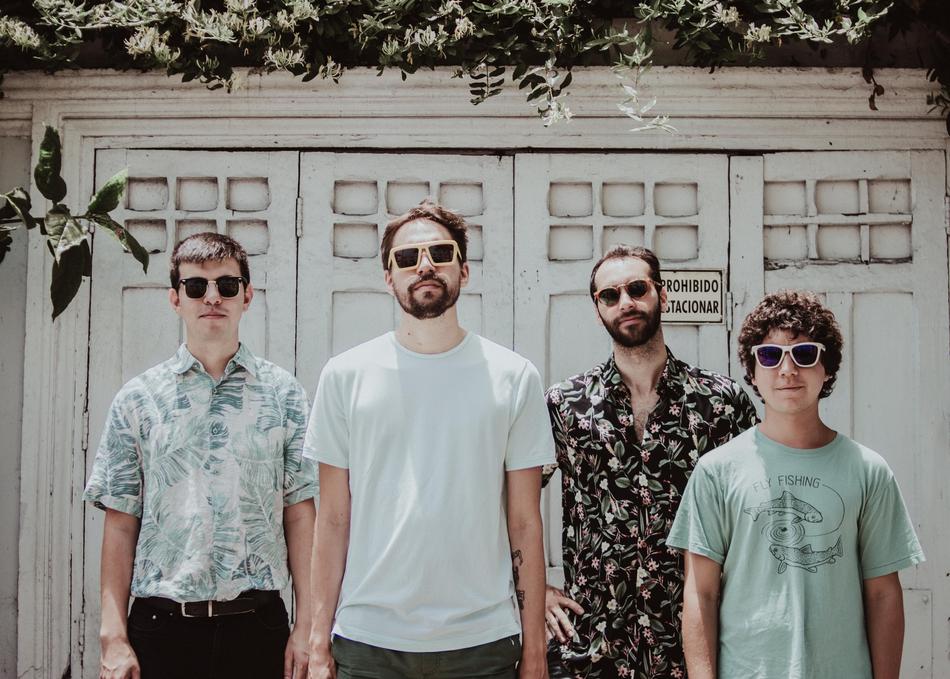 Mundaka is one of the main bands in Peru’s indie music scene and creators of what has become known as “Dream Surf”. Their unique experimentation was perfectly channeled on their debut album “Sonata Tropical del Ártico” which was premiered exclusively by Noisey and chosen by several media outlets as one of the best albums of 2016.

Their first international stop took place at SXSW in Austin Texas in 2017, where they caught the eye of none less than influencer and music critic Jim DeRogatis, who called them “his biggest discovery”. Not in vain they have been the only Peruvian band to share stage with international bands bands such as Mac DeMarco (Canada), Catfish (France), El Último Vecino (Spain) and Cali y el Dandee (Colombia). In 2018 they were personally chosen by Radiohead as the only Peruvian band to play next to them at Soundhearts Festival, which took place in Peru’s National Stadium. Since then, Mundaka has played in Peru’s biggest music festivals including: Selvamonos, Vivo X El Rock and Día del Rock Peruano.

Currently, Mundaka is working on the production of their second LP and ready to take their soothing Peruvian indie to conquer new horizons.