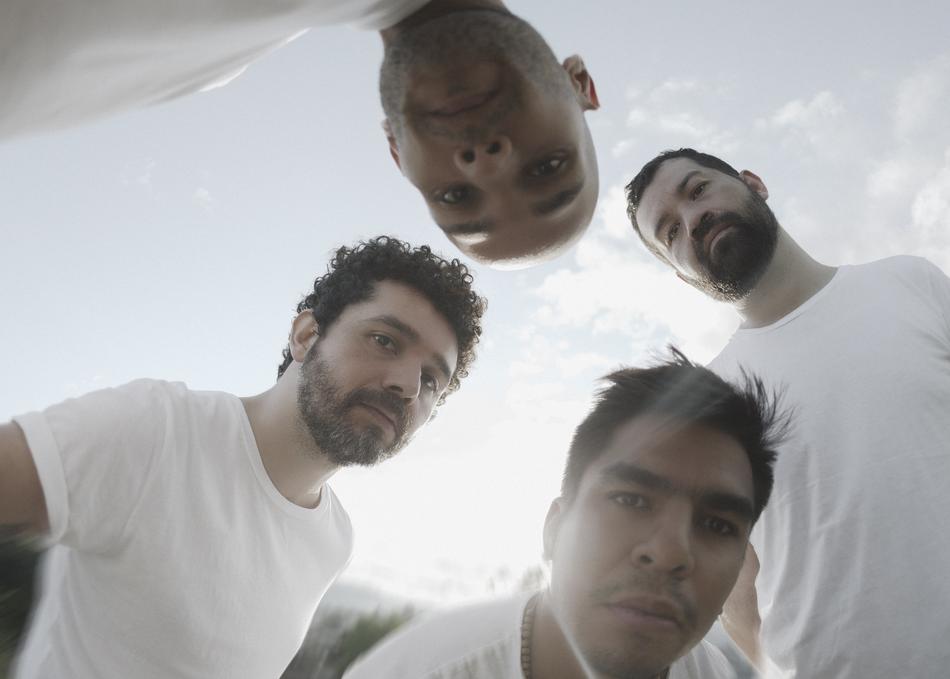 HIJOS is one of the experimental pop rock bands with the highest projection within the emerging music scene in Costa Rica. At present this group is comprised of Ali Mondol, on drums; Marvin Picado on the bass; Diego González on synths; and Pablo Rojas, as lead vocalist and guitarist.

The sound of HIJOS is a metaphor for San José as a city: embedded in the center of Costa Rica, halfway between South America and North America, between the Pacific Ocean and the Caribbean Sea, in the middle of everything; and taking influence from everyone. Thus, HIJOS vibrates with the sound of a city where the rhythm vibrates with a sophisticated subtlety between the trumpet, the jukebox, vinyl and the guitar.

The band’s first album, NU9VE, was dropped in 2016; several video clips and live sessions were released as part of their promotion. Recently, HIJOS was in charge of the soundtrack for the short El Gran Líbano, which was included in the film Lebanon Factory, which premiered at the prestigious Cannes Film Festival (2017).

On October 18, 2018, they launched their second full-length album, entitled Sol Naciente, considered one of the most outstanding Costa Rican releases of the year.