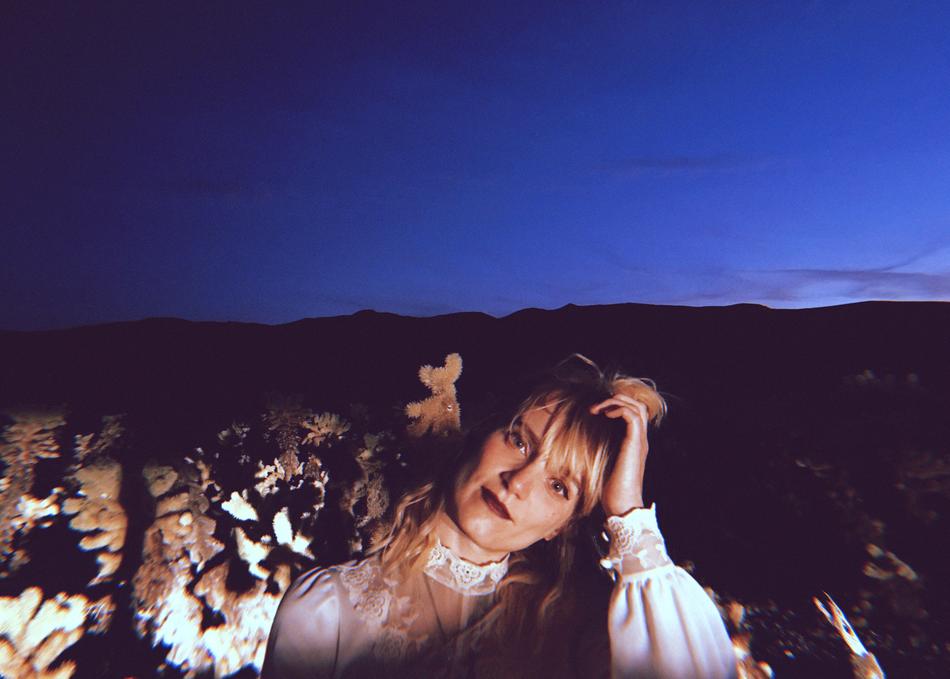 Emma Elisabeth - Into the Blue

Gritty, naked and vulnerable - Sweden raised, Berlin based artist/songwriter/producer Emma Elisabeth makes guitar driven jangle pop filled with contrast. It's wild yet controlled, contemplative yet loud and elegantly messed up. In 2018 she released the self-produced singles ”Soul Traveller” and ”Into the Blue” and supported bands like Sunflower Bean and L.A. Witch on stage. Warm and piercing vocals float above a sound inspired by country and rock, fuzzy desert sounds and analog synthesizers with a minimalistic touch. Her 6 track EP ”We Gotta Talk” was released in spring 2017, produced by Victor Van Vugt (Nick Cave, PJ Harvey). "Unfurling with a gentle jangle, the crisp, spring-fresh songwriting can't fail to get under your skin” wrote Clash Magazine.
"Somewhere between The Bangles, Patti Smith and Nots” - according to Cute and Dangerous Magazine.
”Driven and witty, Emma gives us a taste of what Penny Lane from Almost Famous music would sound like.” wrote Indie Berlin and drew parallells to Stevie Nicks.