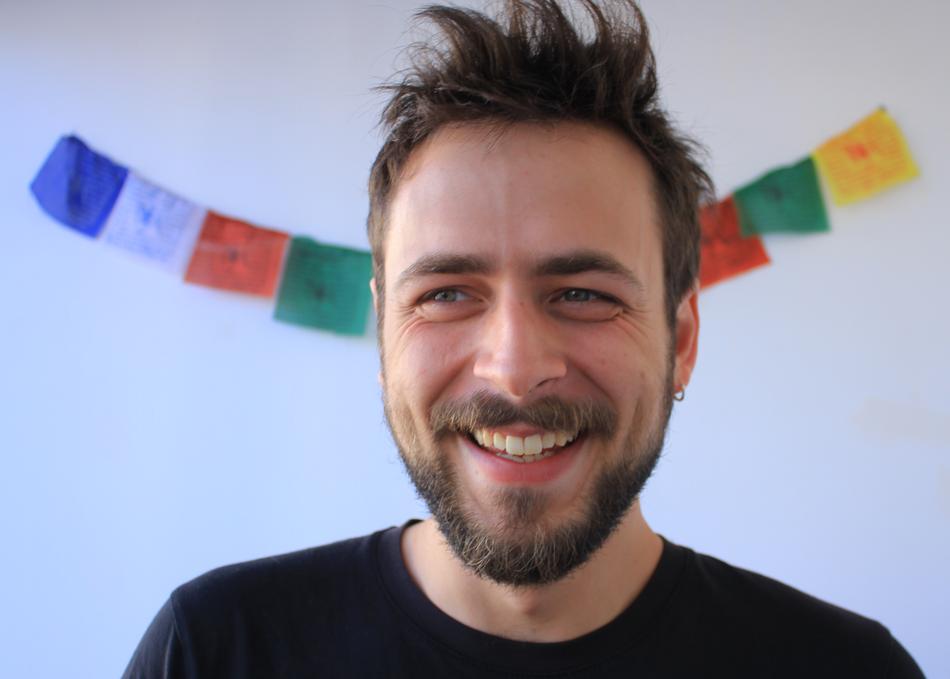 Sexy Bicycle - All I Want To Do

Sexy Bicycle is Nika Kvaratskhelia's solo electronic-pop project, a Georgian musician based in Barcelona.
From guitars and tambourines come in clear, vocals like moans drenched in reverb and other effects decorated with the sound of running water and cavernous trumpet, to sometimes an idiosyncratic collision of lo-fi psych pop and aggressively dark electronic postpunk, that's only a little taste of what you can find in his seven years trajectory. There’s something bright and relaxing to it, but at the same time spooky and haunting.

He counts with two great EPs “The River” and “AHÁ”: especially this last one where Miles Raymer's article written for Noisey refered to it as "a bunch of songs that were as unexpectedly weird as they were unexpectedly good" and "easy to find yourself putting on repeat".

As well as his debut LP “Bit Kong” recorded two years later, Nika finally released his second album “Ellipsis” in January of 2018 and now he is cooking something new for this March 2019.