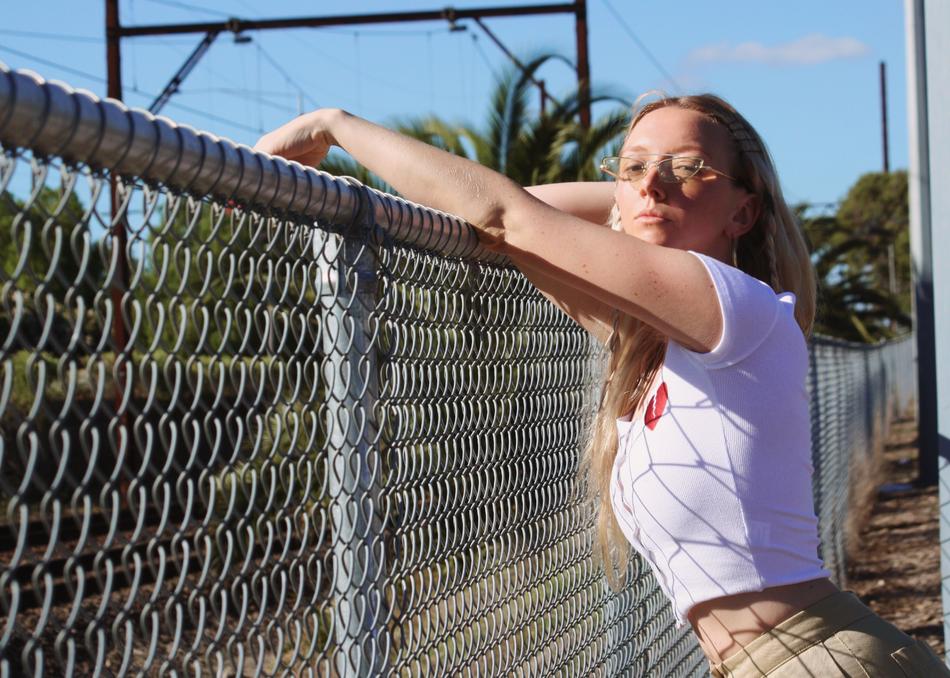 Harmony Byrne, born the third of seven Mormon children in Melbourne, Australia, grew up on a love of church hymns until she born again by the sounds rock and roll in her early teens. Now, at 26, her sound is said to have the evocative yearning of Jeff Buckley, the tantalizing blues of Janis Joplin and the mysterious violence of Led Zeppelin.

After enrolling in the Waldorf School of the Arts in Melbourne, Byrne devoted her time to learning guitar and piano and realizing her goal of becoming a prolific singer-songwriter. Harmony dove deep into songwriting, dabbling in various genres and playing with various bands in the Melbourne music scene.
Over the last 5 years she found a musical home living with members of The Teskey Brothers amongst the trees in Warrandyte Victoria, which led her gain recognition touring solo in Australia and opening for the Teskey Brothers on the road in the UK. After sharing a demo of the song “Demise” she caught the enthusiasm of producer Jim Eno (Spoon), developing a long distance working relationship. In the spring of 2018 she worked with Jim and together they recorded a full length album full of soulful instrumentation and fearless vocal performances.