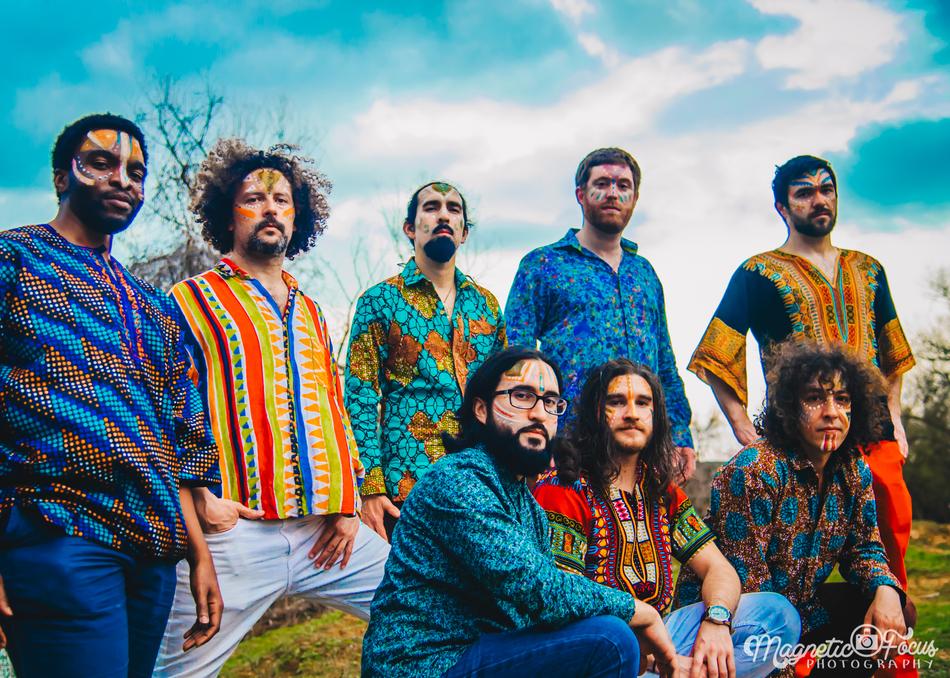 Superfónicos was formed when bassist Nico Sanchez and guitarist Erick Bohorquez began discussions about creating a group with a foundation in Afro-Colombian rhythms. They soon teamed up with guitarist Andres Villegas and percussionist Daniel Sanchez, and started rehearsing together during time away from their other projects. That core group developed the band’s unique sound, laying the foundation for what was to come. In 2016, gaitero and vocalist Jaime Ospina relocated from Colombia to Austin, where he met and instantly connected with the group.

The band’s success has been the outcome of organic growth and auspicious timing. Notable sets such as the Austin City Limits Music Festival, Levitation, and KGSR’s Blues on the Green, have catapulted the group into the spotlight.