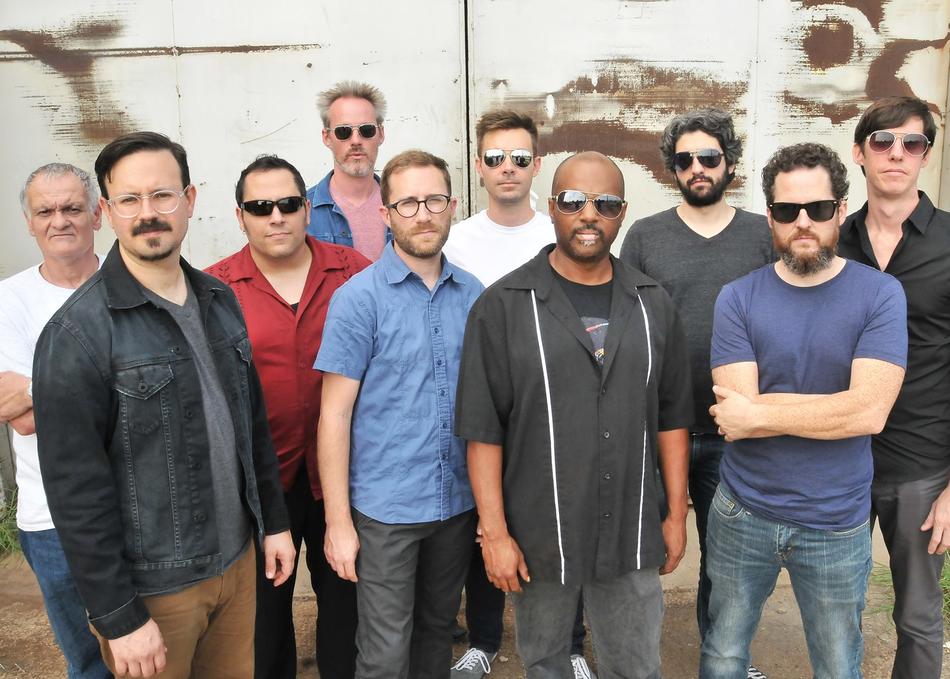 Entering their 10th year as a band, Hard Proof has established itself as an Austin institution ready to bring the party to the rest of the world. The Austin-based ten-piece collective of musicians known as Hard Proof began by studying the blueprint of Fela Kuti’s Africa 70 band, as well as funk and jazz from the whole of sub-Saharan Africa. Founded in 2008, Hard Proof features members of Black Joe Lewis and the Honeybears, Black Pumas, Cougar, Spoon, the Echocentrics, and several other notable Austin acts.
In 2013, Hard Proof released their first vinyl, collaborating with Canada's Kept Records for the Dragon/Tere 45 that they tracked with Adrian Quesada of Grupo Fantasma and Brownout. In 2014 Hard Proof released a Cassette Store Day cassingle, and played the Austin City Limits festival after a successful East coast run. In 2016 the band released a 100% analog 45rpm LP produced by Jim Eno (Spoon) at his own studio for his Public Hi-Fi imprint. Hard Proof’s most recent full length came out in January of 2017 on Modern Outsider Records featuring production from Chris “Frenchie” Smith.