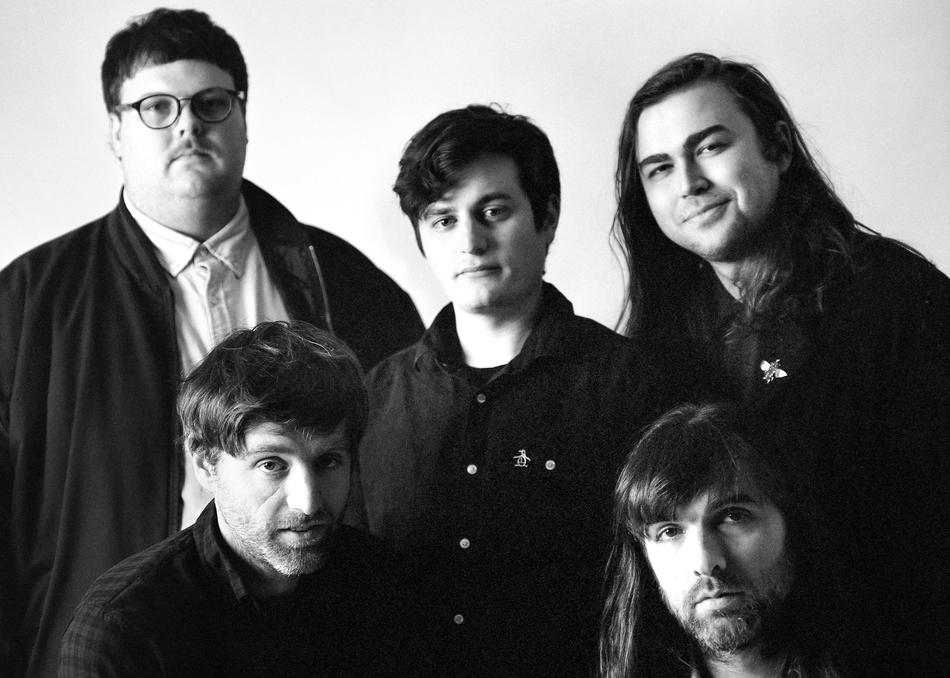 Hailed as “The Beach Boys on Robitussin”, Shy Boys – DIY champions of Kansas City, MO, are comprised of brothers Collin and Kyle Rausch and best friends Konnor Ervin, Kyle Little and Ross Brown. Their album, Bell House, was released August 2018 on Polyvinyl. The album’s title is taken from the band’s beloved headquarters – the old house on Bell Street in Kansas City where they lived together for the better part of 5 years.

“‘Lived’ is a loose term,” says Collin. “It was more like a bum den than anything else. There was a giant hole in the floor of the kitchen that had a piece of plywood over it. In the backyard, weeds got like 6 feet high in the summer. It was its own thriving biome. We lived in trash.”

Musically, Collin describes the songs on Bell House taking shape through “a group of guys trying to get through some sort of mutual identity crisis. The lifestyle became overwhelming and really seeped into the music.”

The band has spent the bulk of the past year on the road in support of the album, touring with Cut Worms, Strfkr, La Luz, Wavves, and Frankie Cosmos, quickly earning a reputation as a spellbinding live band.