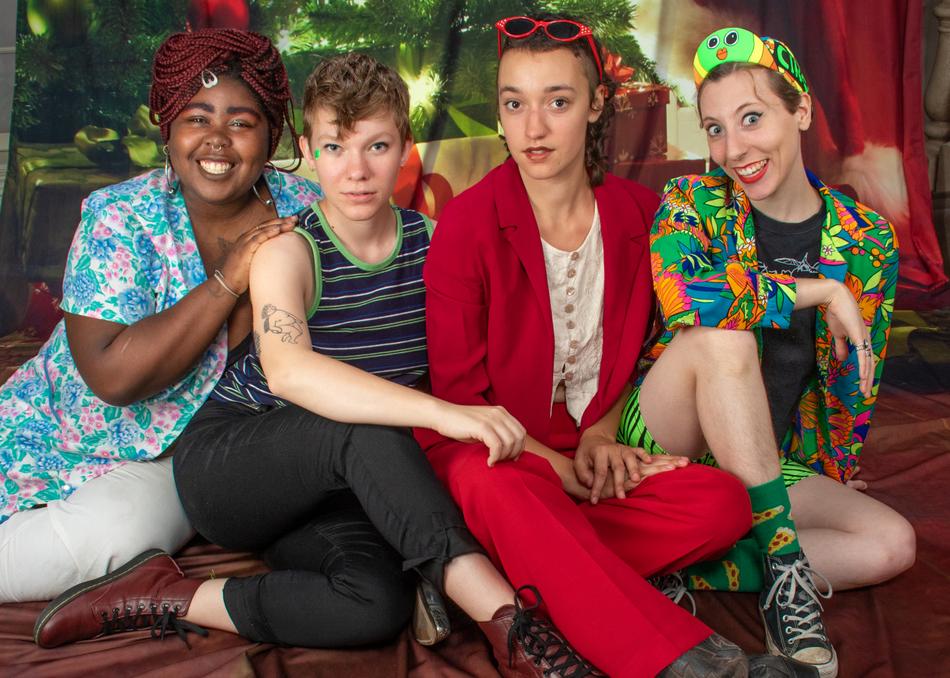 Since playing their first show at a punk pizza party, T-Rextasy has “garnered a cult following” (The Deli) of believers hoping to hop in the dino dames’ minivan. In 2014, the “rock & roll goddesses” (Rolling Stone) released demos they recorded on an iPhone that began generating buzz in New York City. 2016’s Jurassic Punk, the band’s debut on Father/Daughter Records, received praise from outlets such as NPR and its single, "Gap Yr Boiz," appeared on a Rolling Stone “Best Songs of 2016” list. In support of the LP, T-Rextasy refined their “charming...impressive live show” (Stereogum) on international tours. The group has sought to mobilize their platform, calling attention to injustices from within interviews to the stage, donating earnings to causes and cultivating a community of artistic activists.

Prehysteria, their crowd-funded, self-released sophomore record, will be released 1/3/2019. Their songwriting has developed without relinquishing its signature spontaneity. Lyrically dealing with relationship communication issues, consent, queerness, growing up, and the internet and isolation, Prehysteria endeavors to inspire critical thinking while still getting people to giggle.