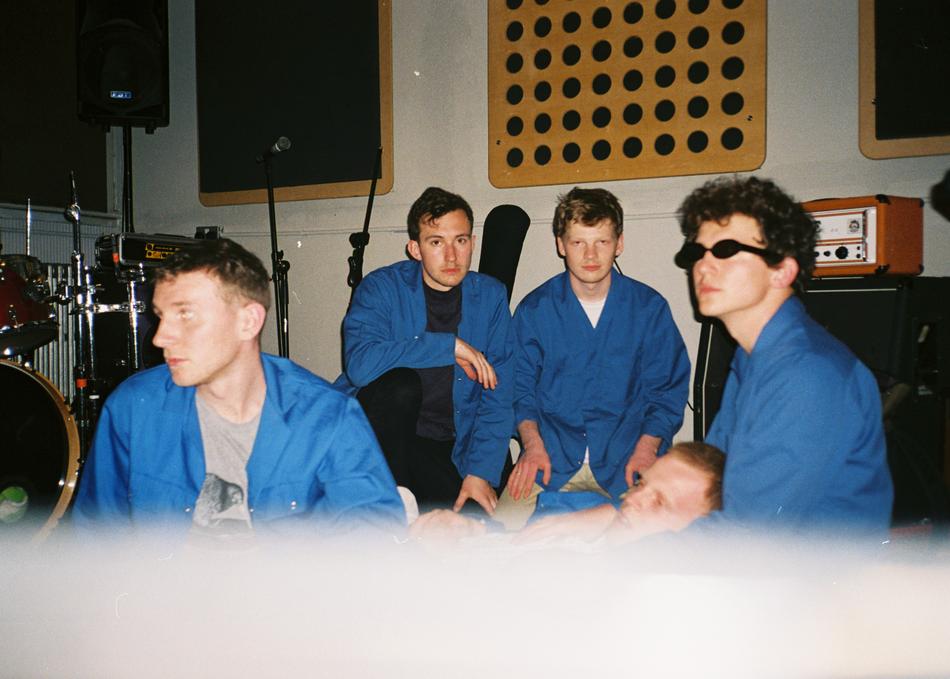 Formed in Brighton, Squid is the brainchild of Ollie Judge, Louis Borlase, Arthur Leadbetter, Laurie Nankivell and Anton Pearson.
Squid have recently released new single ‘The Dial’ via Speedy Wunderground, an intense angular track that manages to recall both Television and LCD Soundsystem whilst swerving all notions of pastiche. ‘The Dial’ has been supported by the likes of, Stereogum, DIY, Clash, The Line Of Best Fit, Gigwise as well as BBC Radio 6 Music, where it came out victorious on Steve Lamacq’s RoundTable show, and was chosen as his Lamacq ‘Livener’

Squid are known for their incendiary live shows, playing with an energy and conviction that is positively transcendent in its chaos and fever.