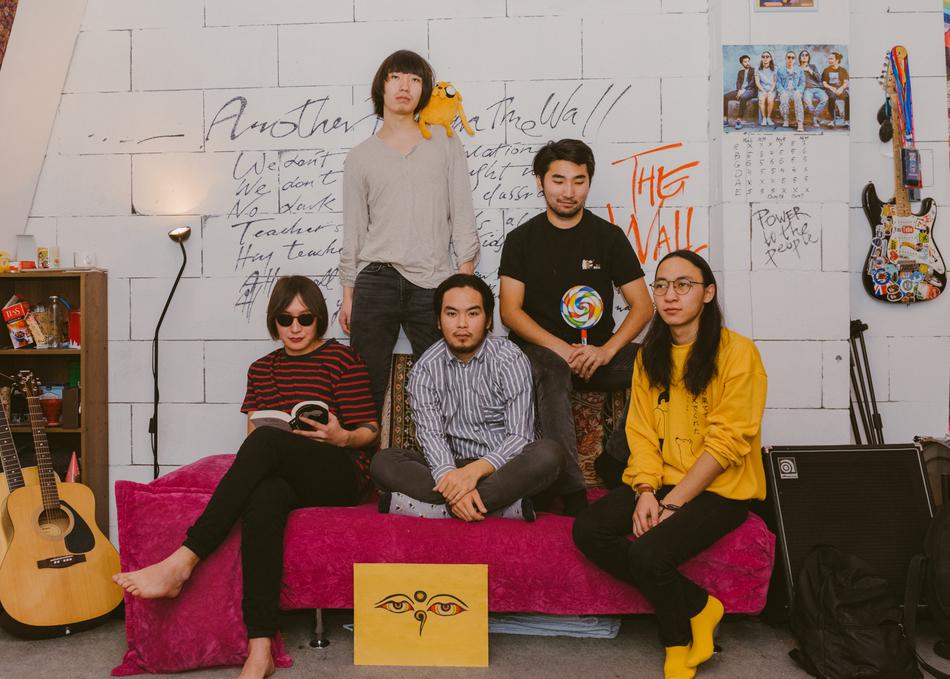 The history of the Colors is traced back to the year 2010. Soon in 2011, they earned a loyal following as a garage band with the songs such as "Tagtaa" (Pigeon) and "Malchik" (Boy?), and made the first appearance at the renowned Playtime Festival. Their first full-length album Unuudur heden on be? Noyon Tagtaa (How many years ago? Mr. Pigeon) was released in 2014. The record got both critical acclaim and popular support with its strong songwriting, pulsating and funky rhythm, and refreshing guitar sounds. The EP titled Bi Tengerluu Unaj Baina (I'm Falling in The Sky) was released in vinyl format which is special in the post-socialist Mongolia in 2018. While true to producing the sophisticated, ‘colorful’, and up-to-date sound, it has sought and will seek to create the unique songs and music. They will keep expressing the desires, aspirations, and everyday lives of young Mongolians who mostly live in the rapidly-changing and cosmopolitan atmosphere of the urban spaces of Ulaanbaatar that is unfairly perceived as the periphery of popular music in the planet.