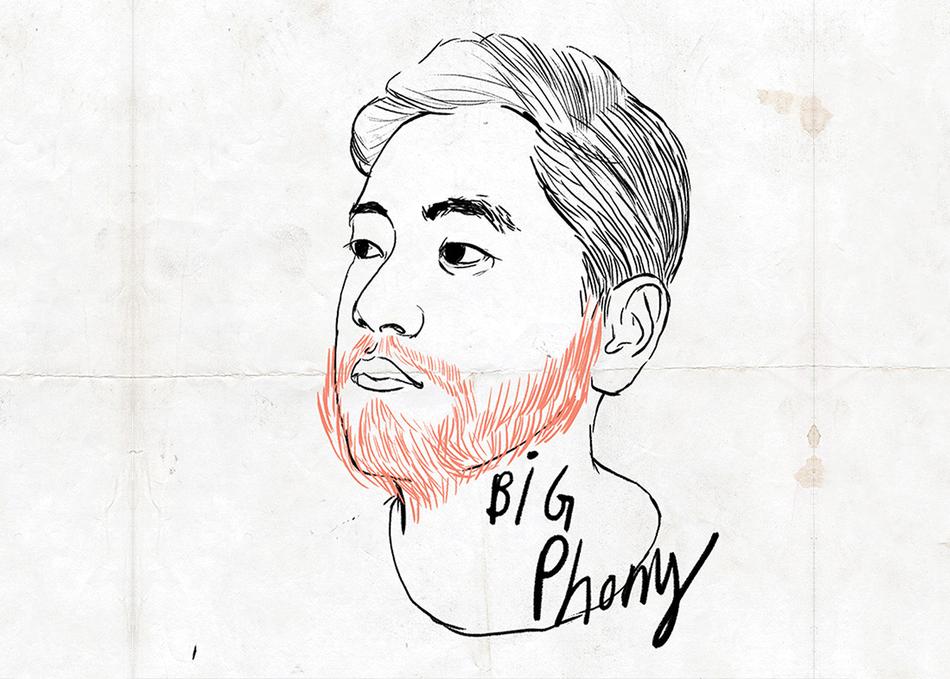 Singer/songwriter born and raised in NYC, Bobby Choy (aka Big Phony) delivers honest lyrics and a fragile but controlled quality in his voice, which he attributes to thin apartment walls and easily disgruntled neighbors. Fans of Elliot Smith, Death Cab for Cutie, and Alvin & The Chipmunks might gravitate towards Big Phony’s sound. Catch him in the 2019 music feature film “Fiction & Other Realties” loosely based on his life as a sad singer-songwriter. He currently resides in Seoul, Korea.

“...be sure not to miss South Korea’s Big Phony. You may have heard of the bubblegum K-pop that is ubiquitous in most of Asia but what about K-indie? Big Phony sounds like a Korean Elliott Smith with tunes like "I Love Lucy" and "Girls Like You Don't Go For Guys Like Me" - his melancholy lyrics and quiet, gifted way with chord changes.” ~ Alan Miller, Culture Collide/Filter Magazine

"Korea’s Bobby Choy, an appealing folk singer who performs as Big Phony, was born in New York. He said that when he relocated to Seoul, the indie musicians in the Hongdae area knew well the music of Nick Drake and Elliott Smith, his major influences.” ~ Jim Fusilli, Wall Street Journal