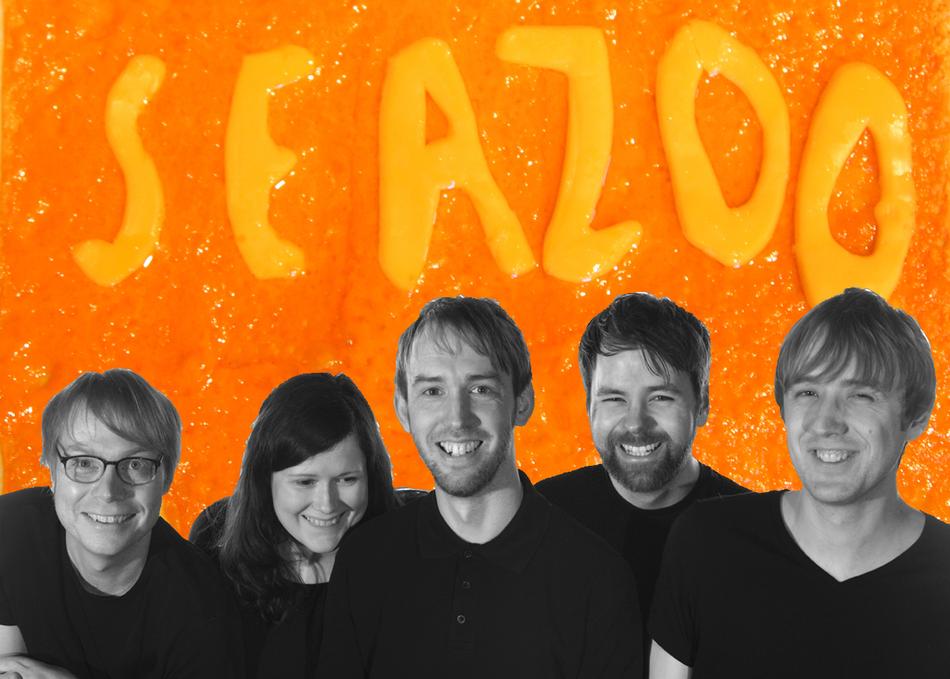 Seazoo is a noisy indie-pop group, influenced by Yo La Tengo, Courtney Barnett and Grandaddy.
2018 saw the band release their first studio album, ‘TRUNKS’, to much critical media acclaim and also shortlisted for the Welsh Music Prize. The band has enjoyed significant support from BBC Radio. Plays by Huw Stephens (R1), Steve Lamacq, Lauren Laverne, Radcliffe and Maconie, Cerys Matthews (6Music), and also 3 prestigious live Marc Riley sessions at BBC Media City and Maida Vale.
The track ‘Roy’s World’ featured in ‘Best of Recommends’ - records of the year by BBC 6 Music (2017). It will be used through 2019 by the BBC 6 Music early breakfast show as its primary ‘bed-track’. Alt J’s Gus Unger-Hamilton played Seazoo on BBC Radio 1 as a future breakthrough band.
Seazoo have a reputation for being an exceptional live act, appearing at Green Man, Festival No.6, The Great Escape, FOCUS Wales. They have toured during 2017/18 as a headline act in the UK, and were also main tour-support to The Lovely Eggs, and also played alongside Circa Waves, Peace and Idles.
Seazoo are currently finishing their second album at Big Jelly Studios with producer Mike Collins (Metronomy, Girl Ray, Salves)