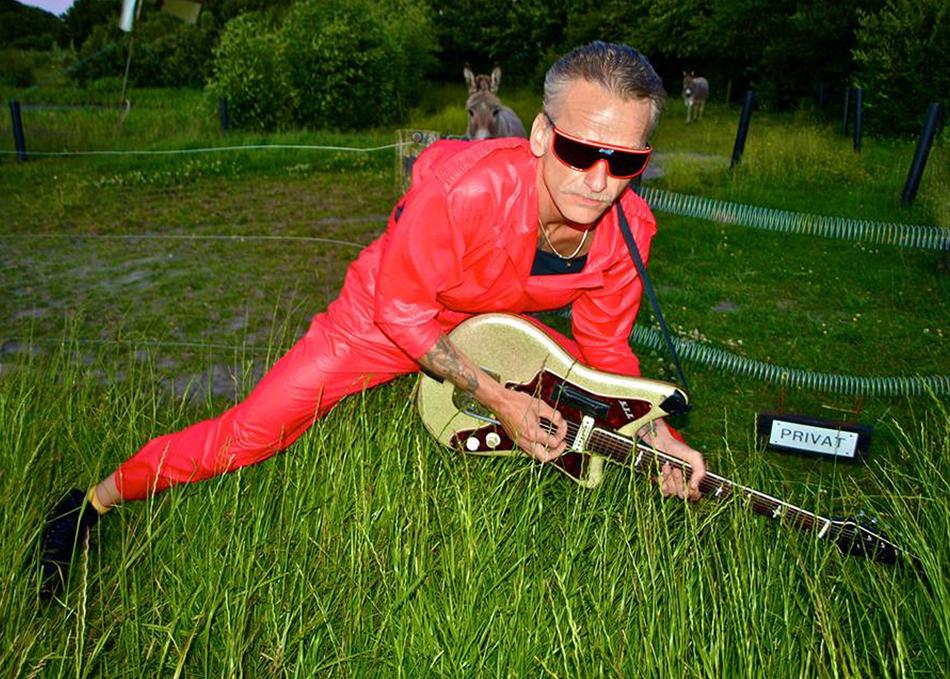 It’s HIM. Kim Kix! The Toréador of Trash. It’s PowerSOLO. The rock’n’roll band that you hate to hate and your galfriend just loves to love.

A juggernaut through the big, black narcotic night, Kim Kix and his merry band is once again set-ting sail towards the clubs, festivals, dives, concert halls, your mother’s house, bars, ball rooms and other entertainment establishments. And this year they’re armed with kick-face material tak-en from the new PowerSolo unlimited edition long player album BO-PEEP.

POWERSOLO enjoys great respect on the international rock and roll scene, where words like cult and legendary are often used when the band is mentioned. POWERSOLO has also been the backing band for Jon Spencer (The Jon Spencer Blues Explosion) in Heavy Trash (US) and won the hearts of many by their unremitting wear and tireless efforts to always change the course of battle in the fight against conformity and empathy.

Kim Kix is Danish but was born in Tunisia - so PowerSolo has songs in English, French, Arab and Danish. The counts France as their main territory but their on-going world tour spans Africa, Europe and extends to America in 2019.