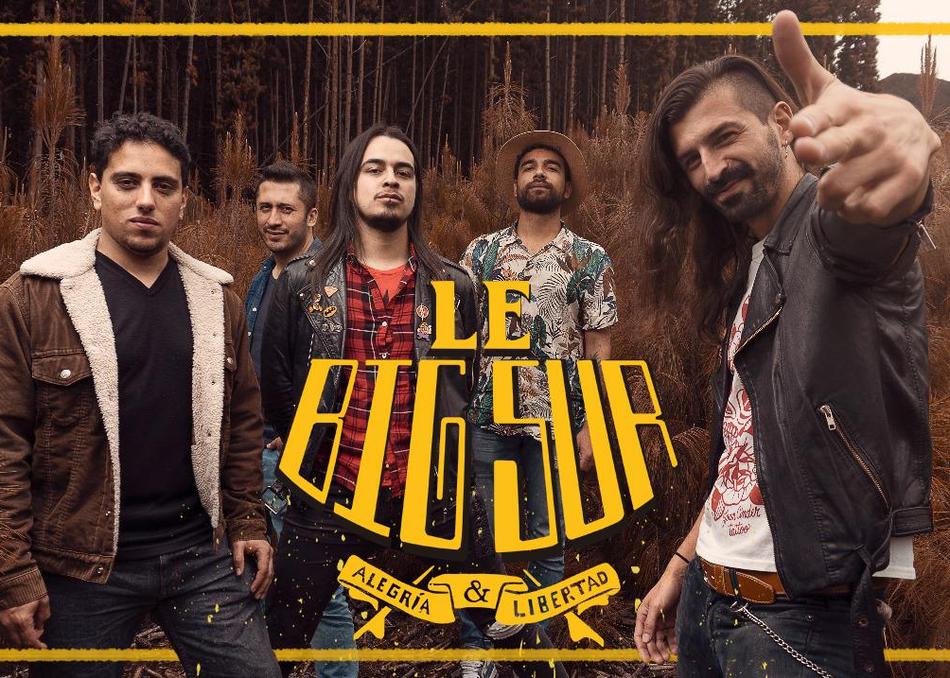 🔥LE BIG SUR🔥 is a band full of stories, experiences and Latin American symbols told from the sounds of Rock, Worldbeat, Ska, Cumbia and sounds of the Continental Folklore. This multicultural project reveals the freedom of the Latin American spirit, the power of the Latin party and the musical look of the traveler. The band has been on international stages such as the Empire Music Festival, the Rock al Rio Festival and the Guanajuato International Film Festival with bands like Incubus, Skrillex, Molotov, Rebel Cats, Baba Zúla and CaféTacvba.
LE BIG SUR is also a band created in parallel to the educational project LUDÓFONO, a winning proposal of the Innovative Awards of America, Mission Impact RCN, Profession Leader of El Espectador and official Speakers of TEDx Bogotá.