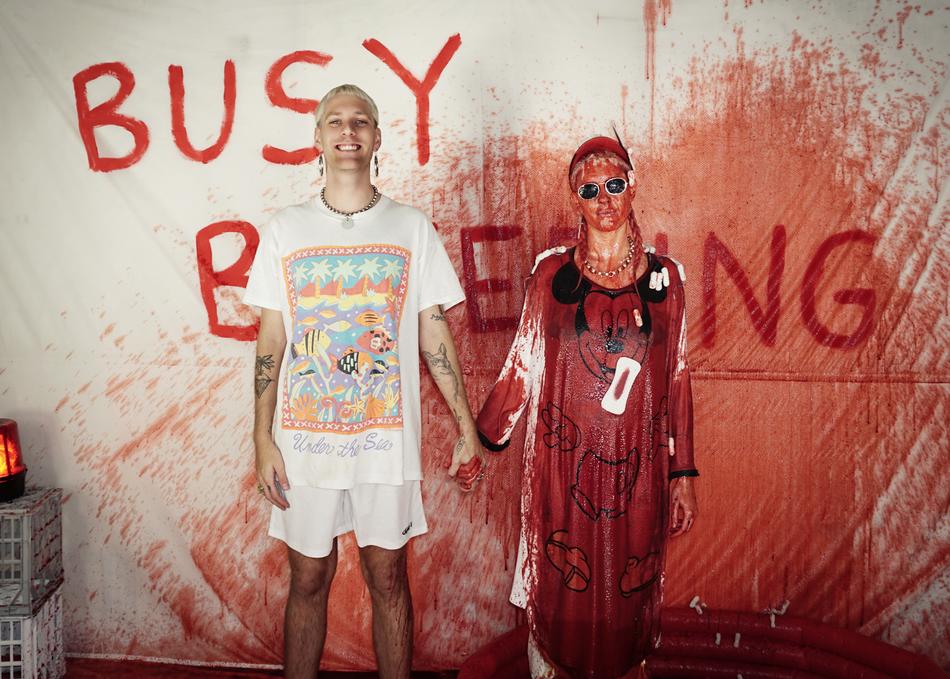 Since releasing their second album “Introverted Extroverts” back in 2016 The Gooch Palms have been touring their loose as hell total weirdo party non-stop! And they’ve had some great company doing it, playing along-side some of their good buddies such as Dune Rats, Violent Soho, DZ Deathrays and Skegss as well as 50+ headlining shows around the world.
Taking some much needed downtime the Goochies spent the past summer relocating from LA, to their hometown of Newcastle to settle in for some songwriting and recording. The first tasty morsel is two-minute-forty-second feminist punk anthem (one for the ages!) 'Busy Bleeding', a poppy upbeat ode to “that time of the month”.
When tossing up who they wanted to release the first of what is guaranteed to be many smash hit singles, The Gooch Palms couldn’t look past their old pals Dune Rats and Ratbag Records! Label deal done, Busy Bleeding was quickly followed by 'Marfa Lights' - Goochies ode to their favourite US art hub in the West Texas high desert, Marfa. So go take an earful of Busy Bleeding & Marfa Lights and get ready for 2019 to be officially known as “YEAR OF THE GOOCH”!!! More songs and many more shows to come!