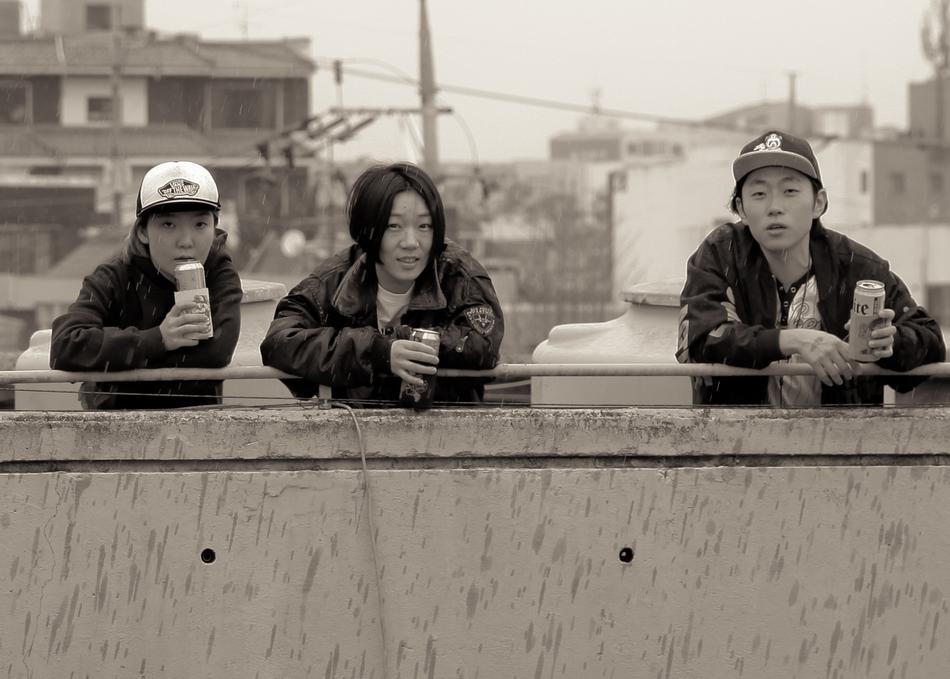 Drinking Boys and Girls Choir are a skate-punk trio from Daegu City, Korea. Formed in 2013 when two drummers MJ and Meena shared a rehearsal space, decided to form a band. Meena switched to Bass and guitarist Bondu (who had just finished his military service) answered their ad.
All three DBGC members write and sing in Korean and English making for a dynamic sonic range embracing melodic hardcore, pop-punk and indie rock. Their songs tackle unreasonable governmental/Police power, the corruption of Park Geun
-hye's government and changes in Korean society with the newly afluent becoming snobbish ("gahp
-jil").
Inspired by Sum41, NOFX and Daegu's 90's/00's hardcore punk/indie-rock scene before it moved to Seoul, the band are very passionate about not moving to the capital and nurturing their local DIY scene.
In 2017 MJ suffered a motobike crash and the band took a hiatus for a year while awaiting her recovery.
The band signed to Damnably Records & Electric Muse in the summer of 2018 to release debut album "Keep Drinking!!" March 8th 2019.
DBGC join Otoboke Beaver & Say Sue Me on their "GOLDEN WEEK" 2019 UK Tour then play Liverpool Sound City & The Great Escape Festivals.