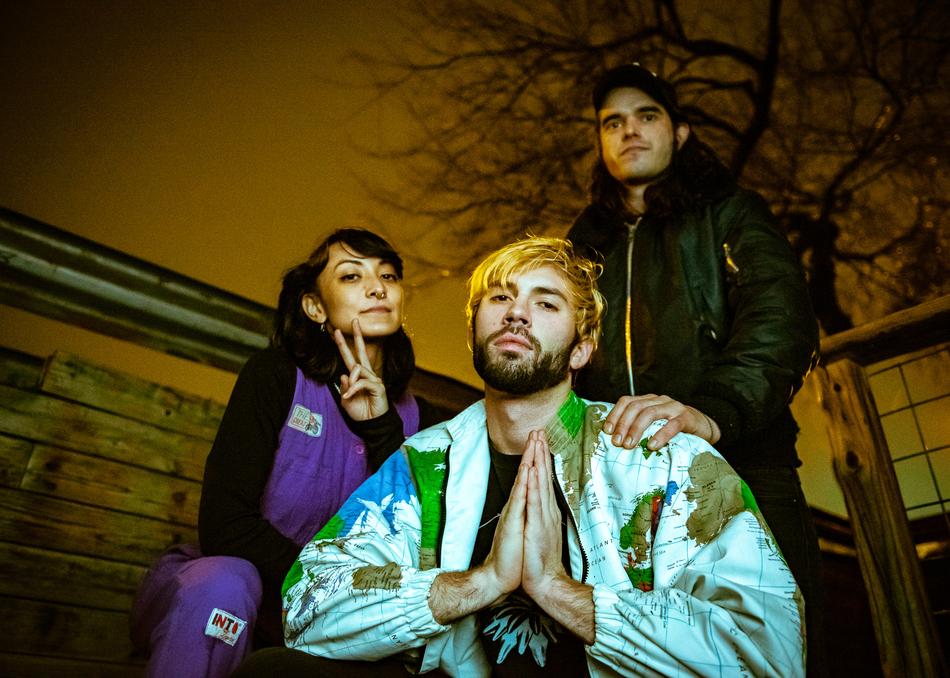 Forming in 2015 after steeling their styles in the hotbed of Austin's Red River music scene, axe-masters David Petro (Debt, Neighbor) and Kana Harris (Foreign Mothers) coupled their admiration for each other's musical tastes and stubborn adherence to DIY ethics into art-rock firebrands XETAS. After releasing a 7" ("The Silence/The Knife" aka "the Rat Trap 7"") and LP (The Redeemer) less than a year after forming, drummer Matt Buie relocated to DC, so they enlisted Houston newcomer Jay Dilick (Super Thief, Uncle Jesus) to join up. 2017 sophomore effort "The Tower" shows the band solidifying their sound and was well-received, building anticipation to their 3rd LP due 2019 on Matador dude Gerard Cosloy's personal label, 12XU. Having spent most of 2017 and 2018 touring (and documenting - XETAS made and released a tour documentary using only their cell phones and free software) it's obvious this band works hard and knows what they're about. A successful run of dates with Superchunk, Speedy Ortiz, and Proud Parents in 2018, and rumors of touring with Built to Spill in 2019, I highly recommend you mess with XETAS.