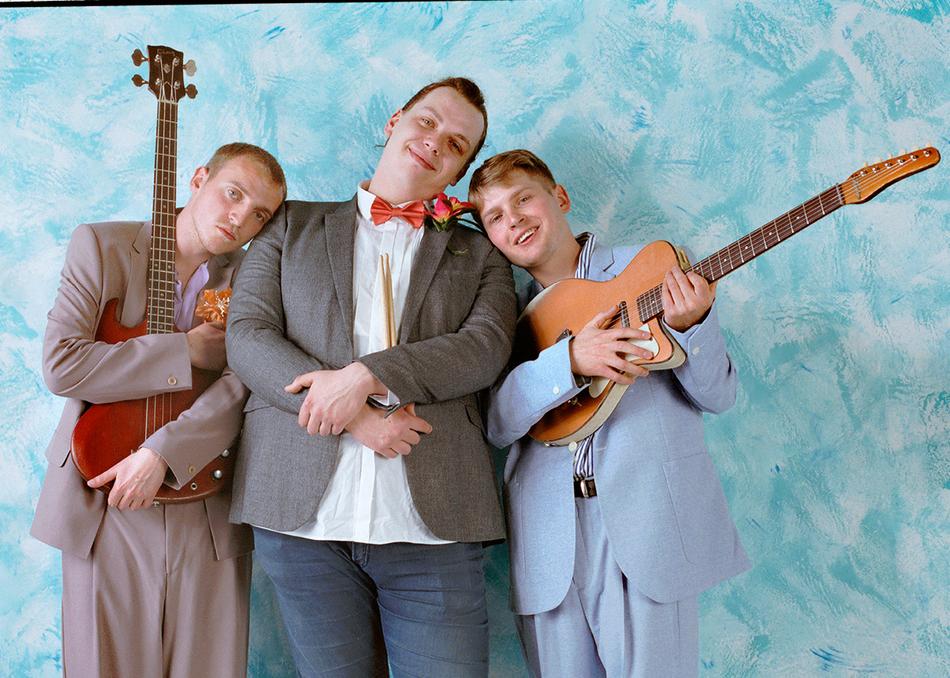 Trudy and the Romance - He Sings

With whip-smart imagination and tongues firmly lodged in cheeks, Trudy and the Romance are nowhere boys for the 21st century. Born of a bygone era; the days when sharply-suited Teds strolled the streets and a sea-breeze would fail to fuck the flicks of a head well-oiled, Trudy take the good-hearted ramshackles off Jonathan Richman, punch out The Four Freshmen’s surf harmonies and scruff them up through the raw audacity of the noughties whilst tightrope-dancing somewhere between reality and fantasy.

Support on the wireless has come from John Kennedy, BBC Radio 1’s Huw Stephens & Phil Taggart and 6 Music’s Tom Ravenscroft, Tom Robinson and Steve Lamacq (as Featured Artist of the Week). KCRW have also given the trio their backing with plays coming in from Dan Wilcox, Travis Holcombe and Chris Douridas.

Events featuring Trudy and the Romance