Stina Hamlin, veteran member of the Producer’s Guild of America (PGA) and committee member of the Women’s Impact Network, has produced non-fiction, lifestyle television for twenty years. Producing credits include Production Executive and Post Supervisor for multiple Scripps Networks and Discovery television series.
Stina’s life-long enthusiasm for the arts, documentaries, and technology has evolved into a passion for producing cinematic virtual reality and 360 storytelling. Her first virtual reality project, ""Cardboard City,"" was winner of the Samsung Gear Indie Milk VR contest in January 2016 and premiered at Sundance on the MilkVR platform. “Cardboard City” then evolved into an interactive documentary featuring a blend of makers’ space, augmented reality, and virtual reality that premiered at New York Film Festival’s Convergence in October 2016.
A former professional dancer, she was driven to direct a series of 360 dance pieces by choreographer, Jonathan Lee, one of which recently won the grand prize in the #causes category for the Samsung Creators Awards, entitled “Say Our Name.” Stina is currently working on the sequel to ""Cardboard City,” “Boxed Out,"" which has live action, stop motion, and interactivity, as well as content for Doctors Without Borders, Unicef, & USA Today’s “VRtually There” series with her production company, State Media and post facility, East Coast Digital. 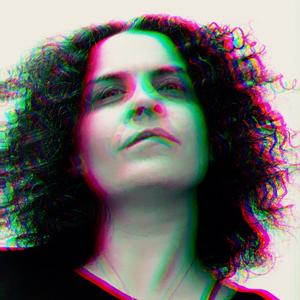