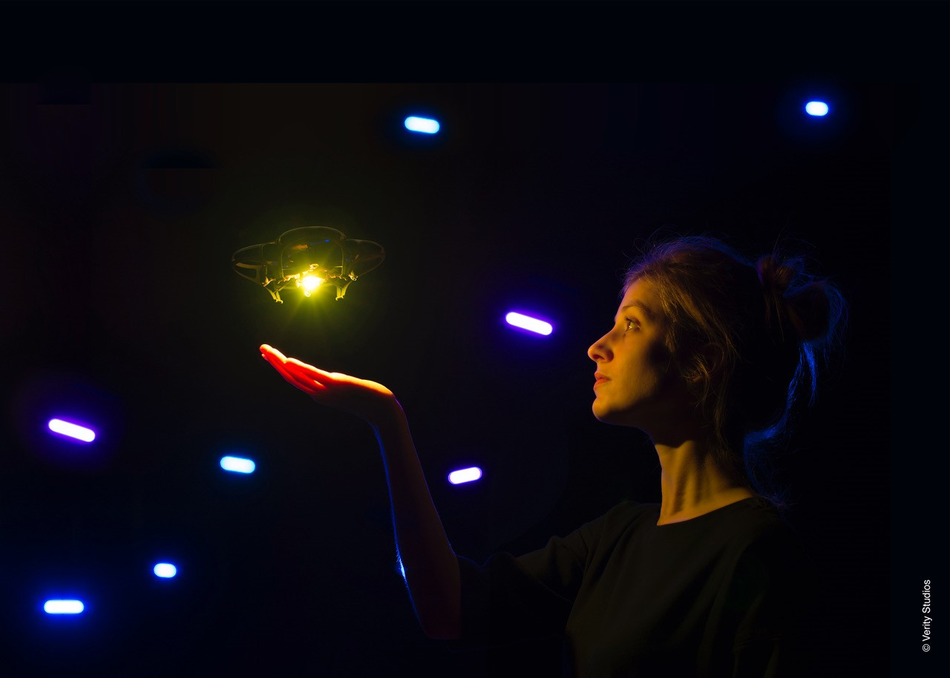 Drones are increasingly becoming our eyes and ears in the world, where they are proving indispensable tools in several industries. But what if drones ceased to be the medium and instead became the message? A handful of artists, designers, and engineers thus put arrays of drones, or synthetic swarms, on stage, performing in unison with human performers and all forms of stage technology. The unusual advantage? A completely untethered act, evoking powerful and unbeknown emotions among spectators.