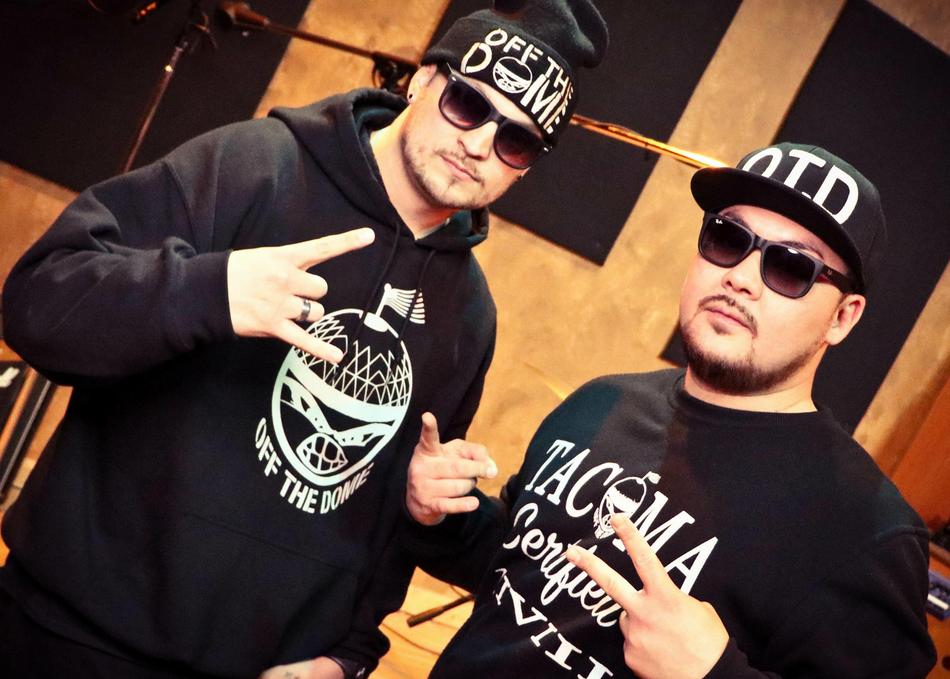 Off The Dome - All In

Terry Maxwell aka Capital-T and Anthony Turner aka B-Dub make up the rap duo Off The Dome(O.T.D)
Together they have been working on music for 15 years. In 2015, they decided to officially form Off The Dome. The name comes from the group's ability to “come off the head” with freestyle rhymes. Dome also refers to a Tacoma landmark, the Tacoma Dome. O.T.D. is self managed and generously sponsored by Two Five Trees Productions. They also head Off The Dome Records, their own independent record label. Their latest hit, “No Days Off” featuring ‪Wrekonize, has already reached over thirty-thousand views on Youtube. The single with ‪Krayzie Bone, titled “All In” is set to be released in the near future.

Get ready to meet the double time duo thats here to change the scene! O.T.D

Events featuring Off The Dome