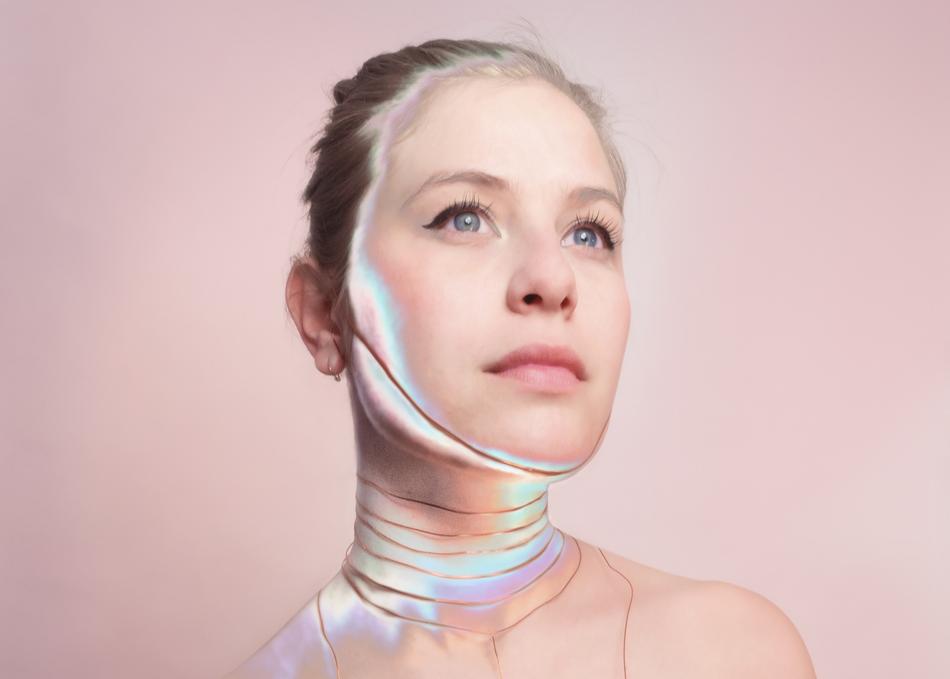 Chagall is an Amsterdam-born, London-based electronic music producer, songwriter, singer, performer and early adopter of Imogen Heap’s mi.mu gloves system. Her music draws upon influences ranging from the soulful experimentalism of James Blake, to the eclectic world of Björk; she’s got a strong pop sensibility, all underpinned by a darkish South London underbelly.

In 2017, with the support of the Arts Council England, Somerset House and Westminster University, Chagall produced her mesmerising show ‘Calibration’. In this futuristic audio-visual live set with mi.mu gloves and effective choreography Chagall controls all electronic layers, vocal effects and interactive visuals with the movement of her body.

With over 60 performances at e.g. Amsterdam Dance Event, TEDx, Latitude Festival, Ableton Loop, Sonar +D and Boiler Room, Chagall is one of the most experienced users of the technology to date. She is one of the 5 UK representatives of the PRS Foundation Keychange programme, an initiative empowering women to transform the future of the music industry. Chagall is currently working on a new EP for which she will use VR to immersive audiences completely in her musical world.