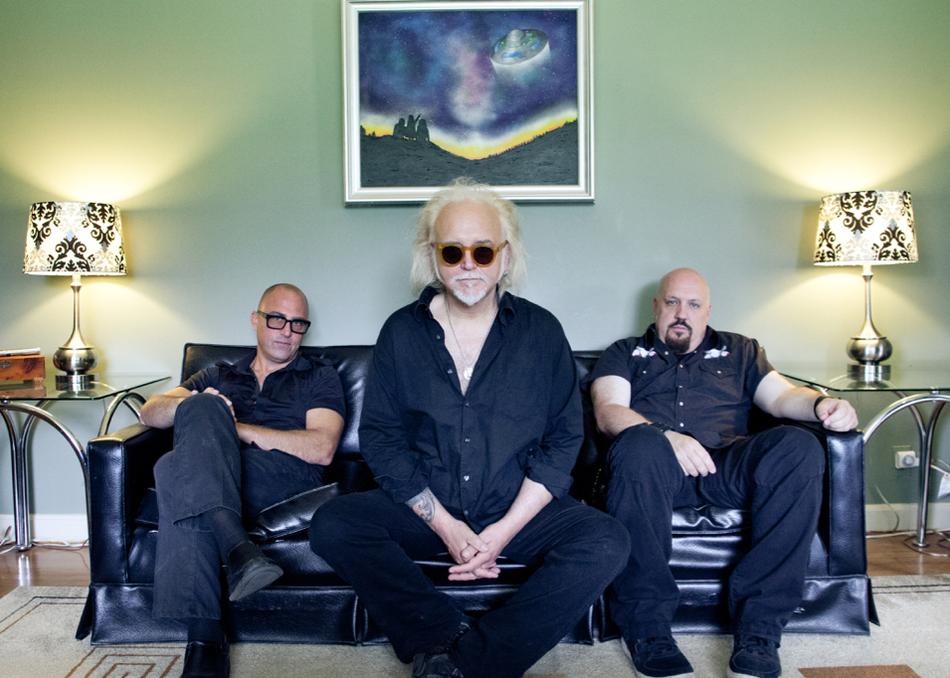 Reeves Gabrels, guitarist of The Cure since 2012, worked closely with David Bowie from 1987 to 1999, first as a member of Tin Machine, and continuing as guitarist, co-writer and music director. His distinctive guitar work is heard best on the albums Outside, Earthling and hours; he co-produced the latter two and co-wrote over 40 songs with Bowie.

Gabrels brings his Nashville power trio, Reeves Gabrels & His Imaginary Friends, to SXSW. He is guitarist, vocalist, and principal songwriter, with Kevin Hornback on bass and Marc Pisapia on drums and harmony vocals. From Andy Ellis in Guitar Player: "Reeves Gabrels walks the line between song structure and wiggy sonics like no one else... His tunes... have familiar verse/chorus construction (and are often maddeningly catchy), and his riffs and solos typically possess the contours that define classic rock. But bubbling and roiling under and around this foundation are layers of eerie, broken sounds and oddball textures. And Gabrels isn’t shy about juxtaposing genres. For example, 'Underneath' ends with a trippy mélange of Wheels of Fire-era Clapton licks, acoustic Delta blues riffs, and fluttering, guitar-generated helicopter sounds."