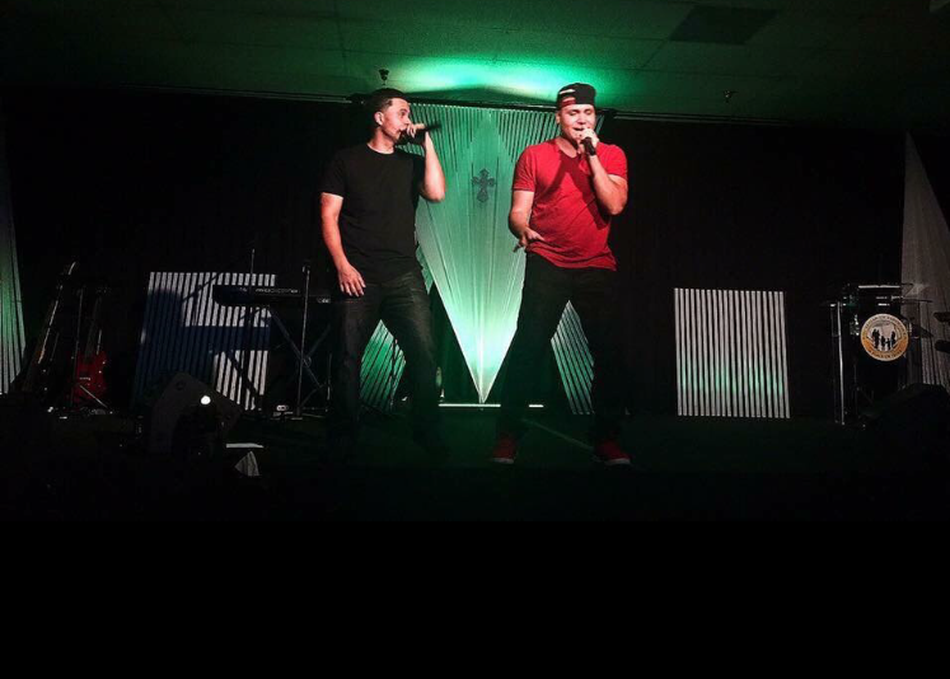 Los Profetas - Light It Up

In 2005, the family was devastated by the passing of Miguel Sr. after being diagnosed with lung cancer and passing away a few days after. Rather than finding comfort in God, the brothers got involved with the wrong crowd and making the wrong decisions. Finding only temporary pleasure in the wrong places, their hearts were still empty. Finally, they returned to the best place for an empty heart, the church. God healed their hearts and spoke word to Miguel Jr. that if he didn’t turn his eyes to God and follow his calling, he would end up in jail or dead. This time around, the brothers took God’s purpose for their lives seriously, and formed the duo Los Profetas (The Prophets).
Today, this duo serves God fully and had the opportunity to release their first album titled, “El Principio del Final” (The Beginning of the End). With this album, they had the honor to travel all across Venezuela and the east coast of the U.S., including Florida, Georgia and New York. They have shared the stage with Manny Montes, Tercer Cielo, Héctor “El Father” and many more.
With desire to continue sharing God’s message to a new generation, Los Profetas took on a new project of a second album with 6 songs, t