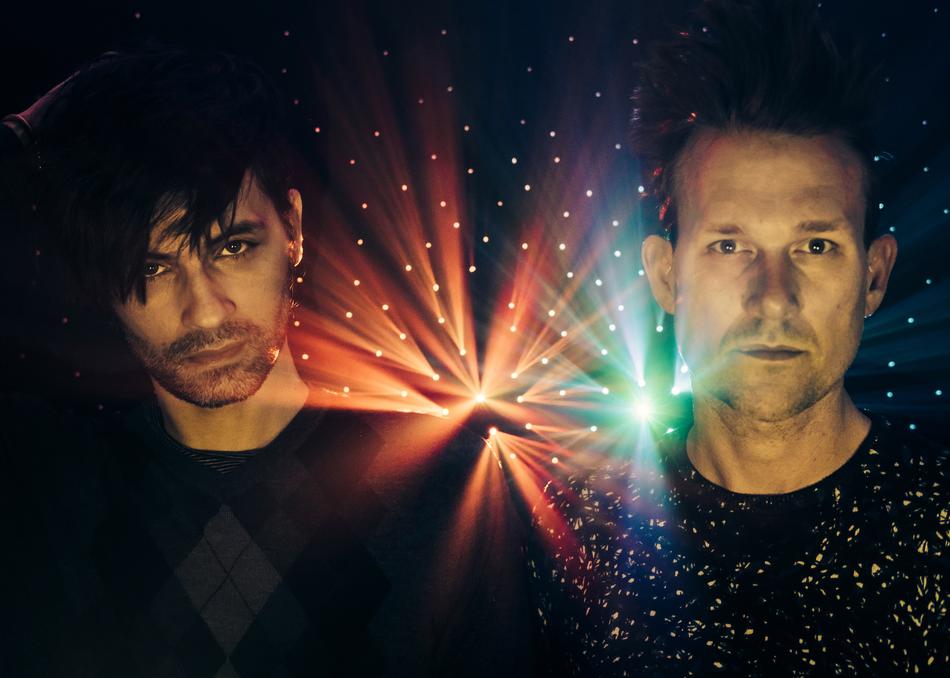 Like a synesthesia-induced landscape found within the vivid worlds of films a la Tron or The Neon Demon, Austin + Houston duo Night Drive have arrived with their debut self-titled record, out now on Roll Call Records.

Inspired by sci-fi cinematic landscapes, the duo's modern synth-pop seeks to explore the darker currents of abstract emotion. With infectious melodies wrapped in thoughtful lyrics, layered over pulsing dance beats, the group create an ethereal electronic world drenched in noir aesthetics. With the handful of tracks and remixes they've released, the duo's dreamy songs have already garnered attention from the likes of SPIN as well as causing a stir from tastemakers in the blogosphere.

Night Drive's self-titled debut album brings to mind the aesthetics of acts like Interpol or The Knife, and is an effort best consumed in it's entirety. From the John Carpenter-esque stylings of hazy album opener "Hyperion" to the urgent synth of "Strange Telepathy" or the slow-burning and subtle "Ghost Craft," from start to finish, the LP is a textured soundscape and surreal journey through sound.