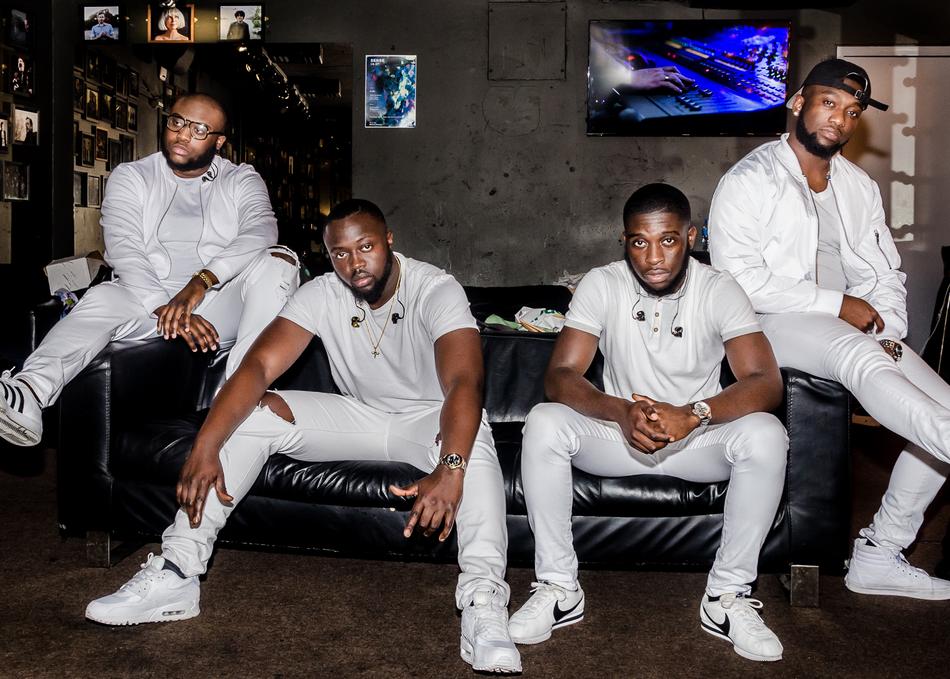 The Compozers are a four-piece band known for producing live arrangements and renditions of hit songs. The group started officially in 2013 at their management, Go Time (then known as Decadence entertainment) launch party. Each member was already an established musician prior however through their constant playing together they brought the idea of becoming an official band. What sets them apart is their unique ways of making the audience feel like they are the artist. With no lead singer in the forefront, it allows the audience to become the fifth member, engaging with the audience for a timeless musical experience. They combine different genres of music to create a limitless experience for all who hear.
The Compozers consists of four talented young males who go by the names of Stephen (Drummer), Nana Pokes (Bassists), David Melodee (Keys & Keytar) & Charlie Biggz (Keys). The roster of people they have worked with are second to none. J Hus, Wizkid, Not3s, Mr Eazi, Krept and Konan and Davido, are just a few names that they’ve worked with over a short 3-year span.The boys have also been invited by the legend herself Ms Lauyrn hill to perform at her New York concert in 2016