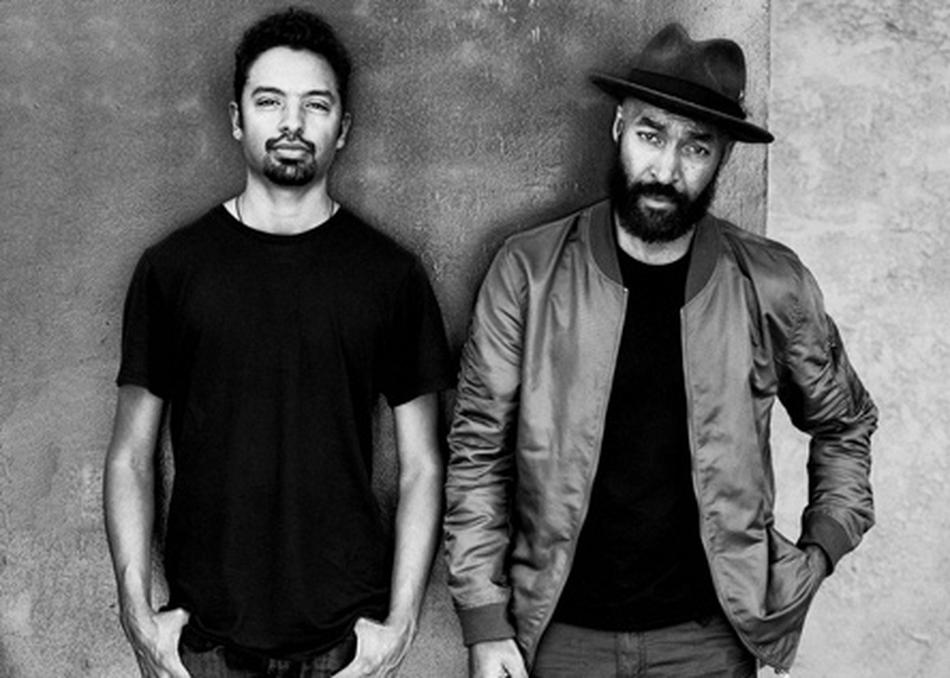 Meet the Steoples — Gabriel Reyes-Whittaker (GB a.k.a Gifted & Blessed) and Yeofi Andoh. GB is a longtime producer who was integral to the start of the Los Angeles beat scene. He recorded his full-length debut album in 2004, which also marked the first collaboration with vocalist and U.K. native Yeofi on the haunting “Love is the End” single. The two had met through mutual friends, drawn to one another through their shared appreciation for genre-defying creativity.

“Up to that point, there really weren’t too many folks who were experimenting with bridging the genres in so many kinds of diverse ways like we were interested in,” GB says. They were both open-minded, and both reaching for good music instead of being locked into a particular style.

When they met, something clicked. GB was working with certain musical colors and collages that resonated with Yeofi, and the result is Six Rocks, an exploration of sound that often emerges as a collection of unfinished ideas.