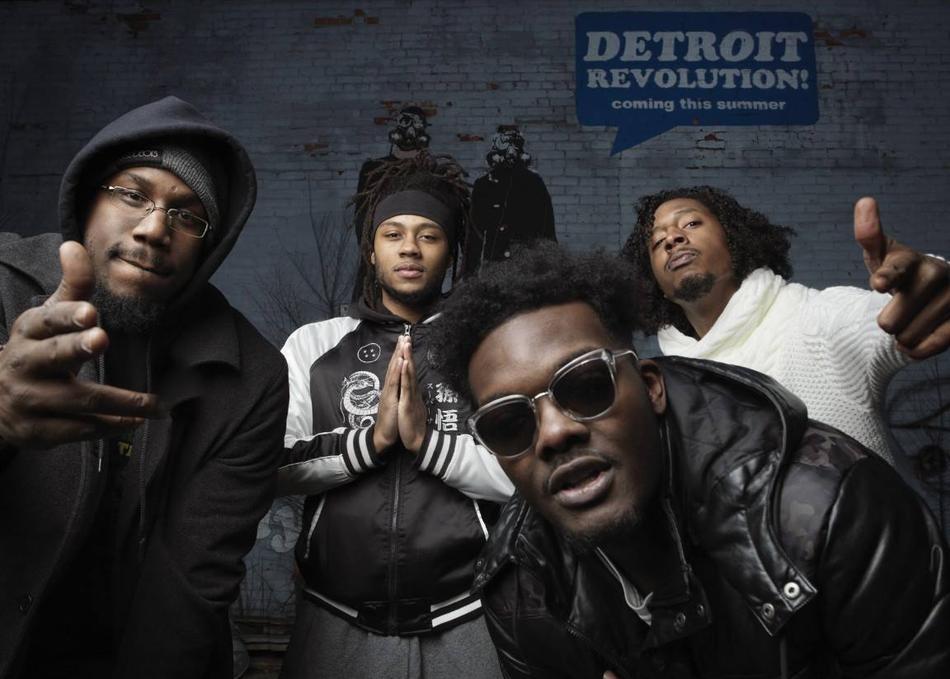 Clear Soul Forces is, as their name implies, a force to be reckoned with. Hailing from Detroit, members, E-Fav, L.A.Z., Noveliss and Ilajide, are bringing the soul back to Motown. And it all started thanks to Detroit legend, Royce Da 5’9. All four emcees were working on solo projects in the studio one night and coincidentally, Detroit Rap legend, Royce da 5’9 was in the same studio as well. They ended up ciphering together in front of Royce who was impressed. Royce then suggested that they form a 4-man group. And that was the night Clear Soul Forces was born.

The collective of emcees - with Ilajide also providing production - describe themselves as an eclectic group of individuals who each play a vital role. “We’re a Voltron. Individually, we’re a piece of something bigger.” Ilajide is the producer/engineer genius who also raps. Noveliss is the pinnacle prodigy emcee. L.A.Z. is the X-Factor and the “Draymond Green” of the group. E-Fav is, what they call, the “heart & soul.”

Since the formation of the group, Clear Soul Forces has amassed a loyal fan base across the globe, packed out venues in different continents, released quality projects, and even landed a distribution deal wi