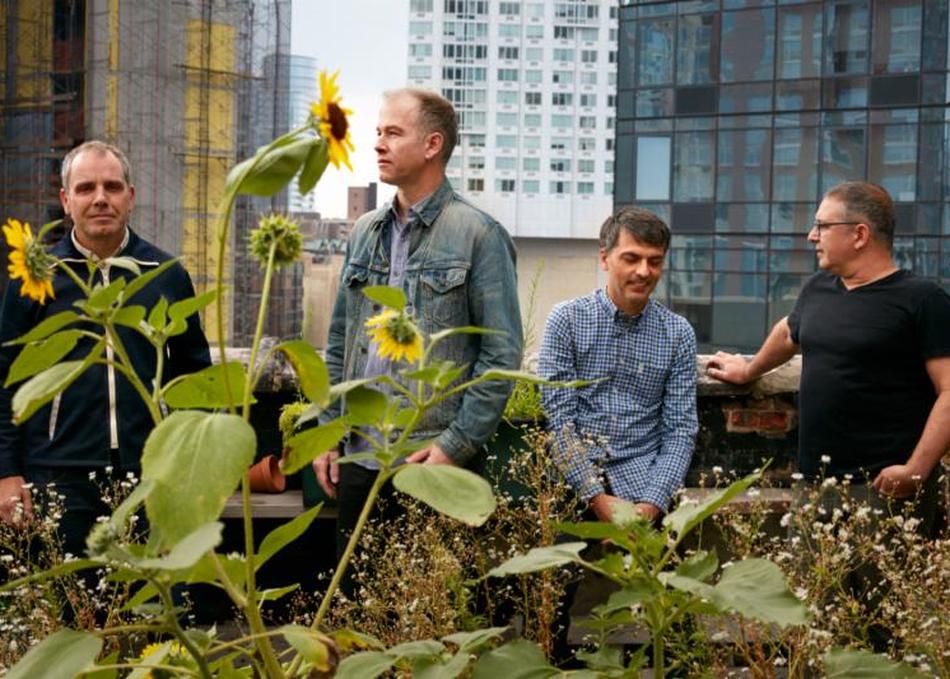 SAVAK was formed in 2015 by members of The Obits, Holy Fuck, Nation of Ulysses, and The Cops. Their influences range from '60s Texas psychedelia to British pub rock to early-'80s American hardcore.

Cut-Ups, the new SAVAK record on Ernest Jenning Record Co., consists of 10 immaculate nuggets of primo, left-field rock'n'roll. It’s a heavy smorgasbord with results as laudable as one would expect given the pedigree. Cut-Ups is as kaleidoscopic, ambitious and as curious a record as you could hope for.

Like their debut LP on Comedy Minus One, Best of Luck in Future Endeavors, there’s that instant thing – instant hooks all over, instant choruses – but not cheap instant like the noodles. The flavors on this record have a long finish, with a satisfyingly wide palate.

There are pristine multi-part harmonies and skronky jazz bits, as well as odd, subtle experiments with Joe Meek-y sound design. There’s that undeniable propulsive groove that many of these guys have become synonymous with. There are also healthy smatterings of garage rock, ‘60s jangle, jazz and psych.

The devil is in the details on SAVAK records and there are many, many details on Cut-Ups.