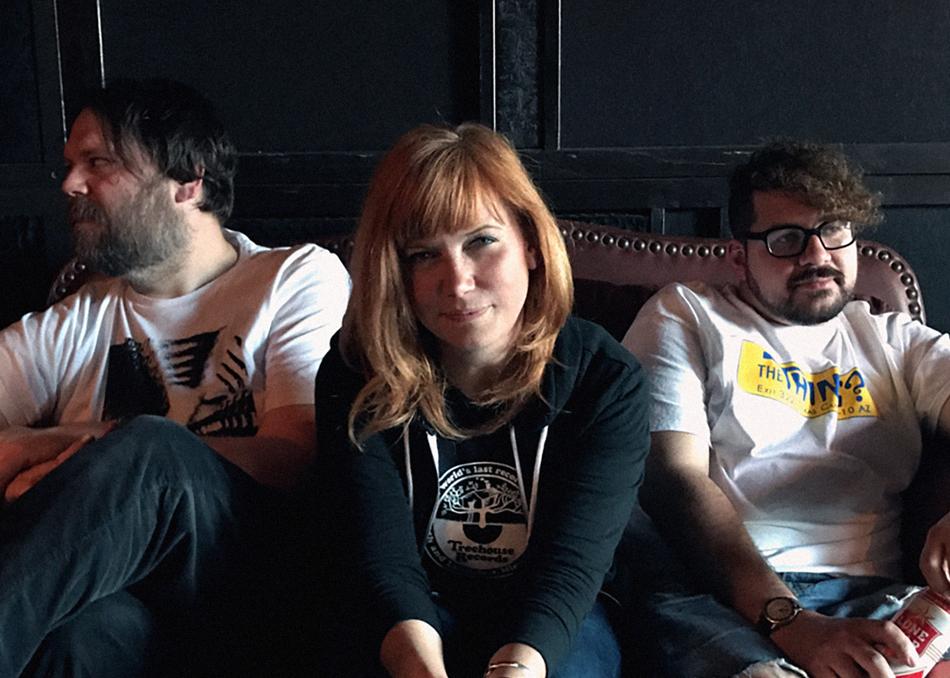 Overlake - Winter is Why

Overlake is a three-piece band from Jersey City, formed in early 2012 and comprised of Tom Barrett (voice, guitar), Lysa Opfer (Bass, voice), and, after enduring a seemingly endless Spinal Tap-like run of both hopeful permanents and fill-ins, Nick D’Amore (drums).

Overlake’s sound can only be described as massive, with Barrett’s delay-drenched guitar and whispery, laconic voice backed by the solid coupling of Opfer’s driving basslines and angelic vocals, along with D’Amore’s propulsive drum work. They’ve spent the last few years touring throughout the U.S., delighting audiences with their all-enveloping wall of sound, most of the time with their amplifiers draped in netted Christmas lights.

Their new record, Fall, was released in 2017 and recorded and co-produced by Cheap Trick-obsessive Tom Beaujour (Nada Surf, Jennifer O’Connor).