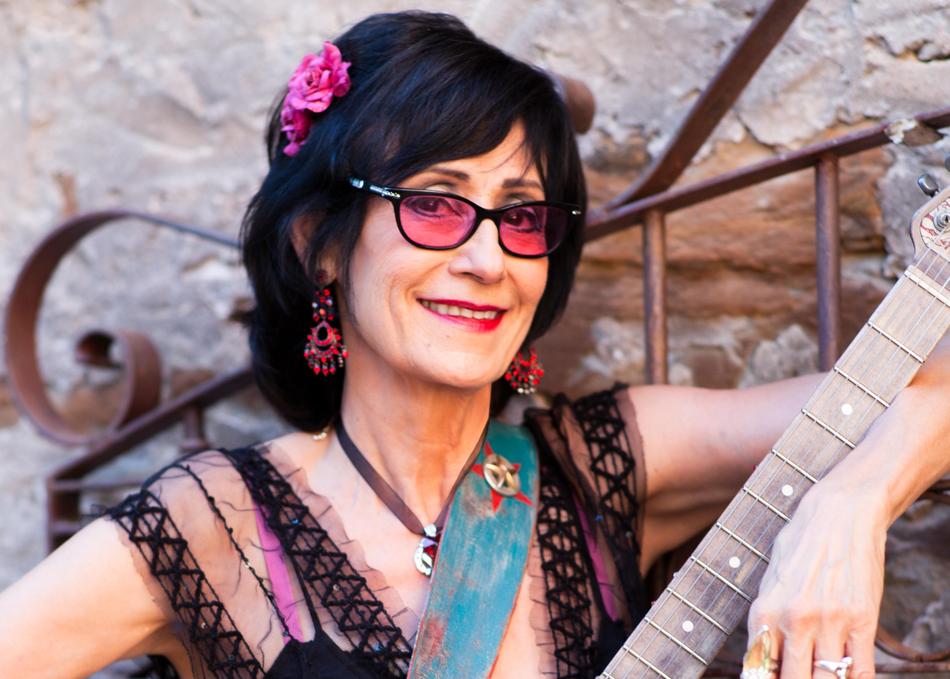 It’s telling that Rosie Flores’ e-mail handle begins “chickwpick…” In a long and eclectic career of singing, songwriting and performing, no phrase has ever described the San Antonio native better or more concisely.

But now, with the release of her latest album, Flores takes square aim at a genre she has only sampled heretofore. Simple Case of the Blues showcases Flores in a new light, as a seasoned performer steeped in life’s uncompromising lessons. At once torchy, soulful, heartfelt and yearning, the songs on Simple Case of the Blues are not for the emotionally naïve—it’s the music you make when you’ve come through joy and heartbreak and back again.

“I got infatuated with the blues in high school,” said Flores, who played in a band called Penelope’s Children during those years. “It was the first music I ever played. A high school friend taught me