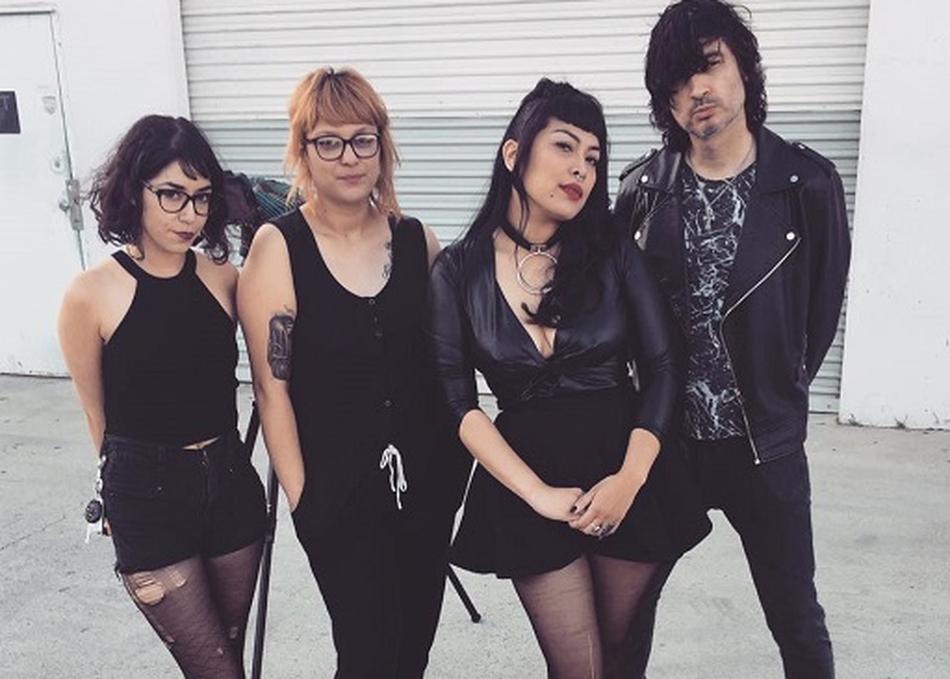 The Tissues, a dark and noisey art-punk quartet were formed in late 2015 from the remnants of NE Los Angeles post-punk act Flaamingos.
Kristine Nevrose (vocals) and Jerry Narrows (guitar) called on friends Bianca Ayala (bass) and Colette Arenas (drums)
to complete the lineup, creating an energetic sound influenced by Pylon, Siouxsie and the Banshees, The Stooges, The Make-Up etc.
A four song demo EP released in Jan 2016 creeped onto indie radio playlists and an energetic live sound generated enough interest
for the band to land opening slots for Pylon, Richie Ramone, Dilly Dally and The Warlocks.

The Tissues debut LP, "Veil" was recorded with producer Duane Burda, who has worked on stage with Nine Inch Nails, Peter Hook and
Failure, and was released in July 2017.