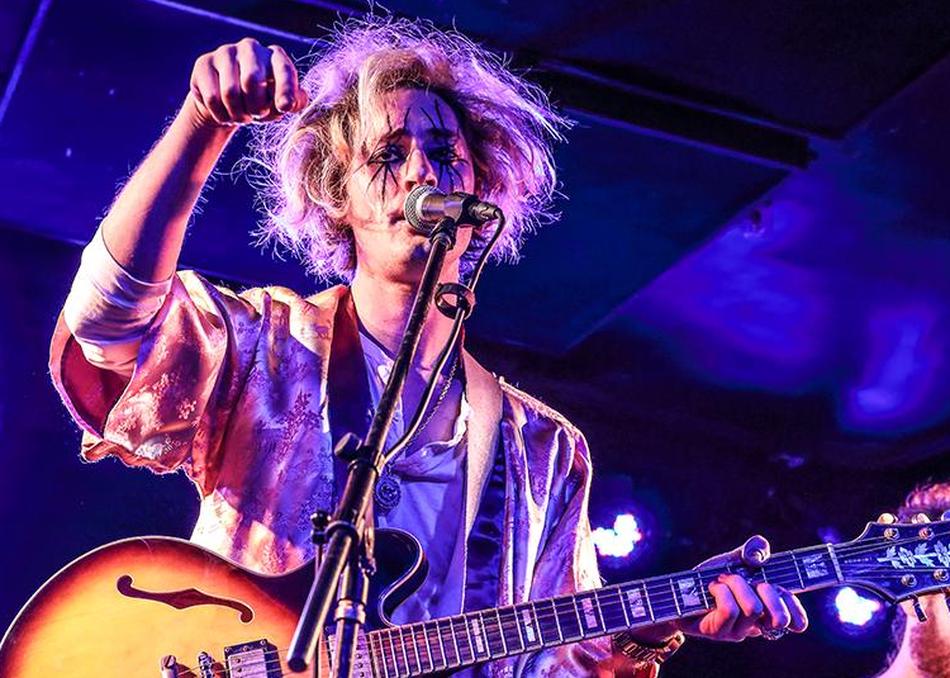 HNRY FLWR - As Above, So Below

HNRY FLWR is an icon, a band, a brand-- gold clad, star-eyed and philosophically sincere. But the occult chill-wave persona comes from humble and earnest beginnings. Born into a cult in Iowa, HNRY FLWR grew up meditating and moving around the world with a psychic mother who claims to remember being born. And there is something strangely meditative about the lyrical dream pop they create as a band in Brooklyn, NY. With 40+ North American shows in 2017 alone, and an increasing local buzz in New York City, it’s no surprise they were added to Deli Magazine’s Best Emerging NYC Psych list.

Their “brilliant” (GoldFlakePaint) debut EP, FLOWERAMA, was released in the summer of 2017 on Paper Garden Records and quickly began going viral on Spotify with over 500,000 streams. The “melodic, danceable, and devastating” (Alt Citizen) EP was produced by David Groener Jr, (who has worked with The National, Glen Hansard, and more). The HNRY FLWR band has evolved and transformed to have included members of Foxygen, A Place to Bury Strangers and The Ghost of a Saber Tooth Tiger.