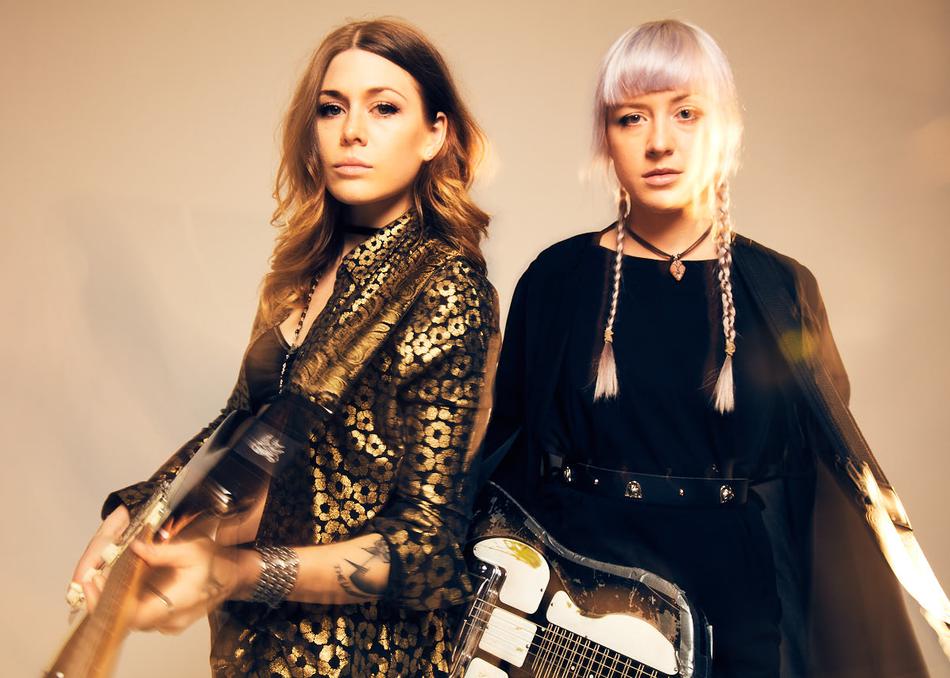 Sisters Rebecca and Megan Lovell of Larkin Poe are carrying on the American roots tradition with their own innovative blend of blues, Americana, rock and slide guitar on their new album “Peach”. “Peach" is comprised of half blues covers and half original material, that harkens towards Megan and Rebecca's southern gothic heritage. Originally from Atlanta and currently living in Nashville, Larkin Poe named the band after their great-great-great-grandfather, a distant cousin of writer Edgar Allan Poe.

Megan and Rebecca have previously hit the road as support for Bob Seger on his arena tour, have opened for Gary Clark Jr and Queen, and have been the opening and backing band for Conor Oberst, Kristian Bush (Sugarland) and Elvis Costello who praises that “they have a head start on the rest of us with the unique power and beauty of sibling harmony”. Larkin Poe have been named “Best Discovery of Glastonbury” by the Observer, and their electric and slide guitar riffs earned them the title of "little sisters of the Allman Brothers" among fans and followers.