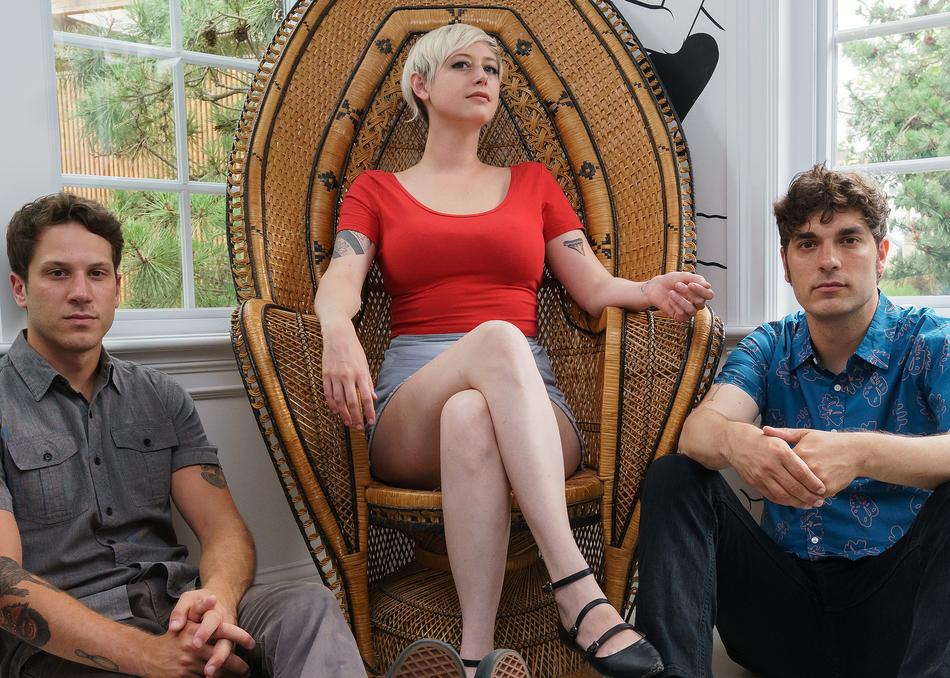 Dentist - Meet You There (In Delaware

Dentist comes from the oceanfront urban landscape of Asbury Park, New Jersey. Their sound combines the freedom of the beach atmosphere and the urgency of the city into a fuzzed out, surf punk-tinged brand of indie pop with hooks and infectious melodies. The ethereal vocals of Emily Bornemann are countered by the aggressive and driving sounds of Justin Bornemann on guitar and Matt Hockenjos on drums.
Dentist formed in 2013, built around the songwriting partnership of Emily and Justin. The pair had been writing songs and performing together in various ways since their first meeting in 2008 at the legendary punk hangout, TGI Friday’s. The band released their self-titled debut album in 2014, which Pandora described as “a deliriously infectious collection of fuzzy, California-styled, indie pop jangle and sun dappled garage rock crunch.”
Dentist released their sophomore album, Ceilings in 2016 via Little Dickman Records. Showcasing their evolution, the songs had a new sense of space and airiness. The band has done multiple tours including the American South, the midwest, and a month long tour through Canada. Dentist is currently working on their third album to be released in 2018.