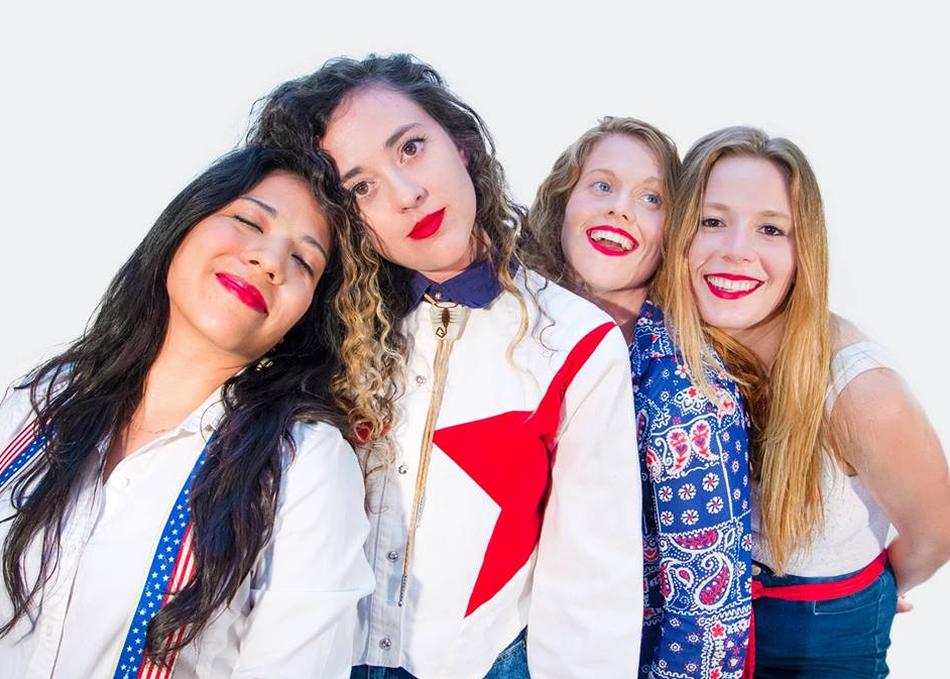 Pearl Earl is an all-female rock band from Denton, Texas made up of Ariel Hartley, Bailey K Chapman, Stefanie Lazcano and Chelsey Danielle. The band was founded Summer 2014 by Hartley, Chapman, and Lazcano and quickly became more than just a drunken jam party. The band immediately began touring nationally and regionally and in 2015 released their debut EP titled "Karaoke Superstar”, followed by their full-length album release (Self-Titled) in Summer 2017. Pearl Earl shows have attracted music lovers of all persuasions, and they have gained traction in Dallas/Fort Worth with airplay, and even regional awards. Pearl Earl’s sound is a psychedelic cornucopia of the glitter and sparkle of glam rock, the space and cosmic intervention of prog, the angst and grit of punk, and the synth pop of the times of neon jumpsuits and disco balls. With influences from every era of music, Pearl Earl has the power to transmit you to the past and the future and back again.