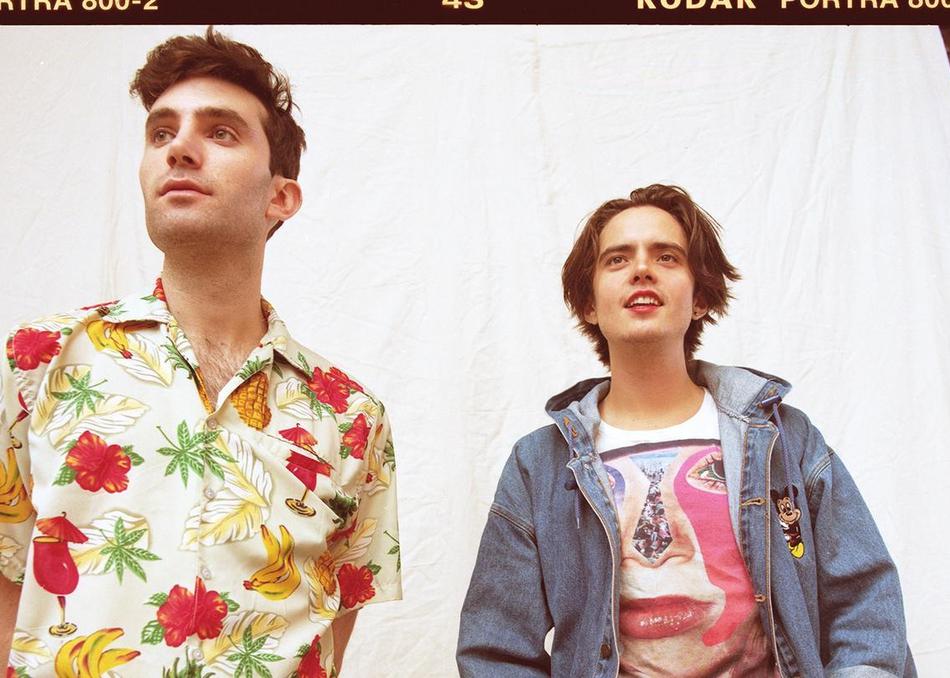 "If this isn’t nice then what is?" bids Miles Robbins with his debut record ‘All Right,’ a collection of ten warm and saccharine tight pop songs, wavering between offbeat satire and ultra-personal, lyrically driven tunes written in Robbins’ home Providence, RI during his time at Brown University.

Pow Pow Family Band began as Miles and classmate Nara Shin bonded over the release of LCD Soundsystem's "This is Happening" (from which the name Pow Pow derives) and began playing shows in Providence living rooms, basements, diners and warehouse venues. One summer, Robbins, Shin, and their expanding circle of collaborators, including producer/multi-instrumentalist Gabe Wax (The War On Drugs, Fleet Foxes, Beirut, Strand of Oaks) escaped the city for a barn-turned-recording-studio in upstate New York. In the span of a month, the group cooked, swam, traded off instruments, made things here and there, and as the summer ended, ‘All Right’ was born.