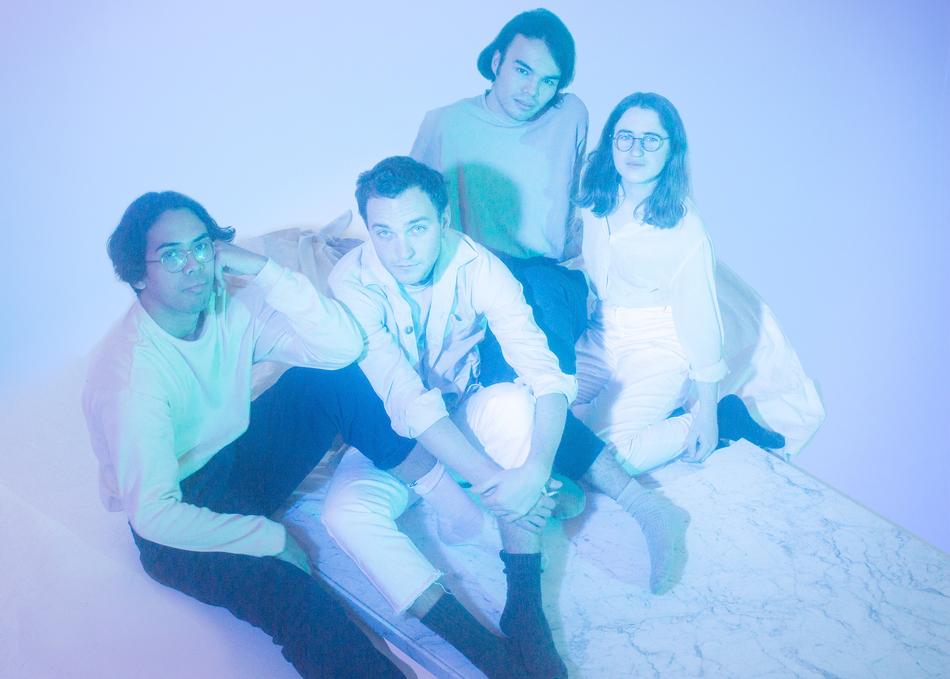 Bodywash is a Montreal four-piece that layers airy vocals, intricate guitar textures and swirling synths over a heavy rhythmic foundation.

They formed in a university residence basement in 2014 and released a four-track EP almost exactly a year later. This self-titled EP showcased Bodywash finding their feet as a band, experimenting with a range of styles from the thick, woozy electronics of “Nothing At All” to the more overtly poppy approach of “This Cruel”.

The band have since zeroed in on a more focused, confident sound that marries all their favourite elements of 90s shoegaze & trip-hop, ethereal 80s pop, and contemporary left-field electronic music. Their upcoming full-length, “Comforter,” was mixed by fellow Montrealers BRAIDS and is scheduled for a 2018 release.