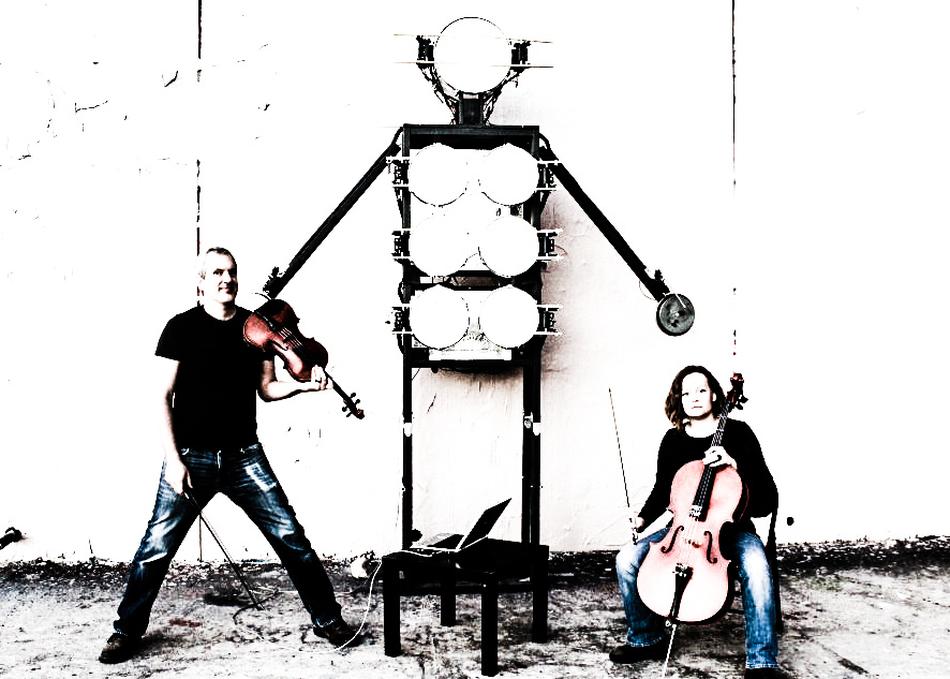 “Ponytrap treats audiences to chamber music for the age of electricity, at once intimate and thundering, rigid and fluid, classical and industrial.” – Justin Boyle, CultureMap Austin.

Hilary and Quentin Thomas-Oliver perform on cello and viola. Their rhythm section is an assemblage of analog-programmed robots, including two floor toms and a twelve-foot-tall human-shaped tower of drumheads.

Quentin Thomas-Oliver designed and built the machines. He is a classically trained violist whose influences range from Industrial Metal to early 20th Century composers Paul Hindemith and Bela Bartok.

Hilary Thomas-Oliver brings a powerful, feminine energy to Ponytrap. She was drawn to Austin in the mid-nineties by the burgeoning spoken word scene, where she is a poet and author as well as a musician.