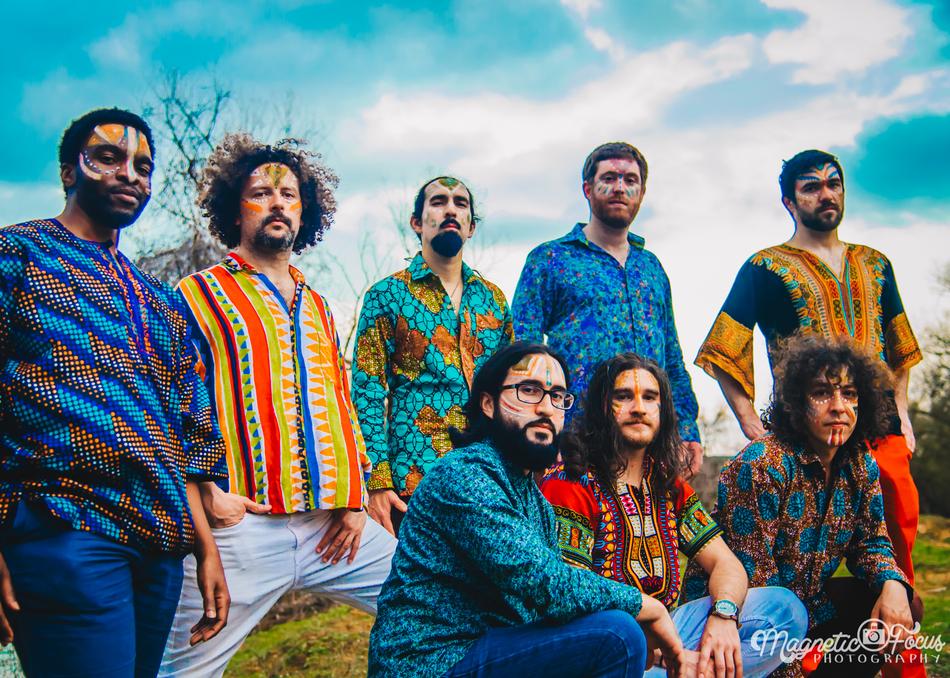 Superfónicos is Colombian Funk. Better yet, it is Caríbe Soul…fed by the Indigenous and African roots of the band’s Colombian heritage, telegraphing a politics of peace and unity from the stage to your ears. They only ask that you dance toward a place in your mind beyond struggle and strife.

Inspired by their experience at 2014's LAMC (Latin Alternative Music Conference) in New York, Superfónicos was formed when bassist Nico Sanchez and guitarist Erick Bohorquez began discussions about creating a group with a foundation in Afro-Colombian rhythms. That core group developed the band’s unique sound, laying the foundation of what was to come. In 2016, gaitero and vocalist Jaime Ospina—who has recorded with the likes of Pacha Massive—relocated from Colombia to Austin, where he met and instantly connected with the group. It was also during this time that the band met with famed local producer and Grammy winner Adrian Quesada at Level One Sound. Their recording session resulted in a sound that not only encapsulates a moment in time but helped to define Superfónicos as a collective. It is a musical mestizo that is ever-changing but deeply rooted in Caribbean flavors.