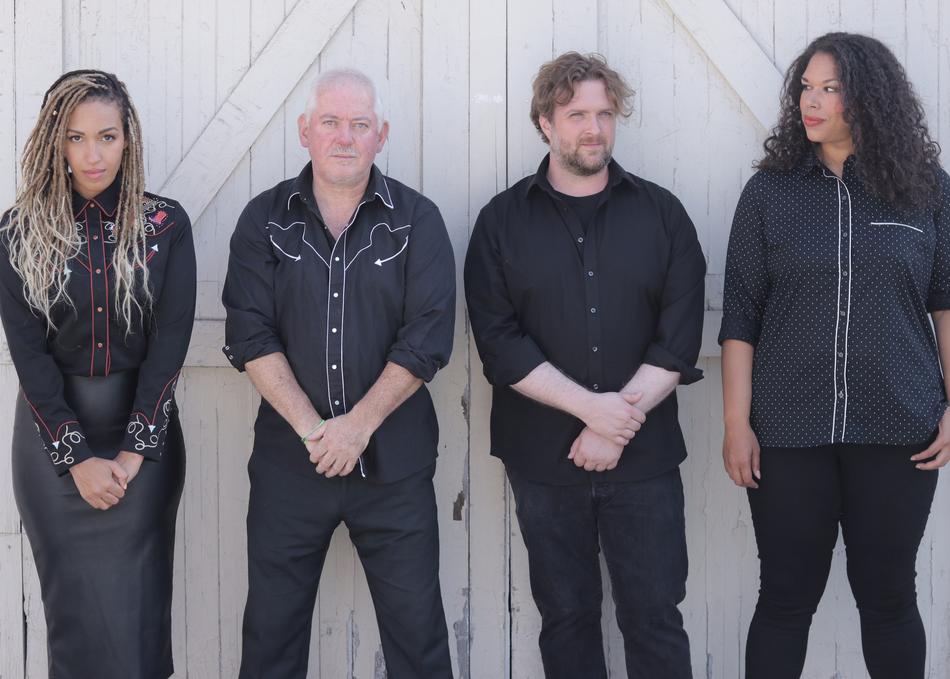 Carted to Alabama under the cloud of dark politics, a band drew a glistening straight line from punk to country to soul to grand theater. On November 8th, the day after the 2016 election, Welsh-bred, Chicago-based musician and visual artist Jon Langford and a crew of merry-makers and alchemists filed into the NuttHouse studio, in Sheffield, Alabama, with bassist and producer Norbert Putnam.

Four Lost Souls is pure Americana, not just because of where it was recorded or who played on what track, but because it is beyond the news of the day. It is a travelogue of sorts; it goes to a place where the differences between country, soul, blues, and rock-and-roll are blown aside by the warm languid breezes. The music had no time for such petty details, because in the moment, in that place, was the sound of sweet agreement.