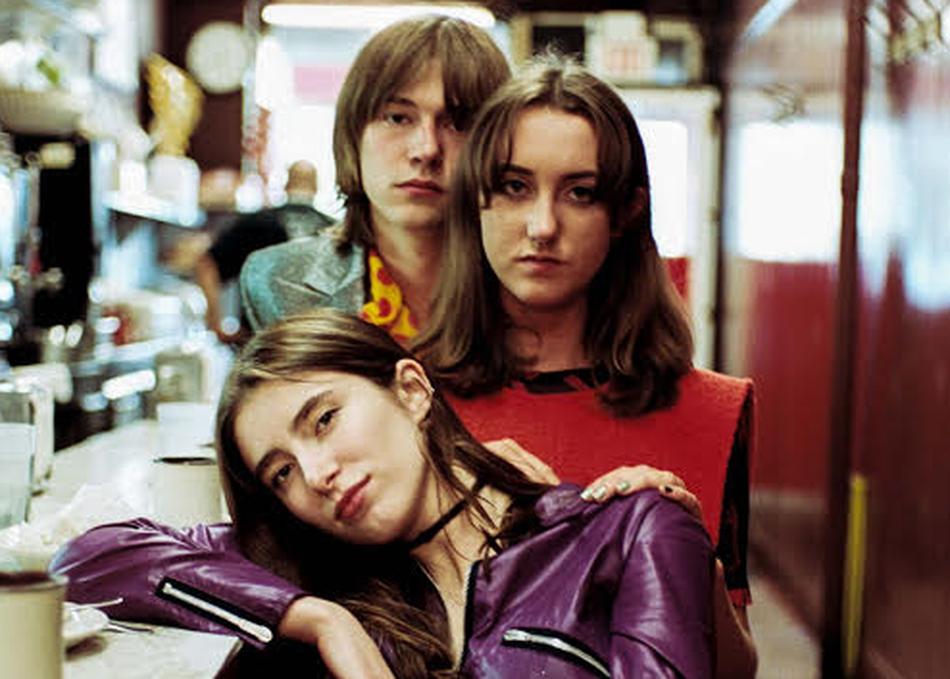 Moonwalks are a weird dark space psych outfit based out of Detroit, MI. The band consists of Kerrigan Pearce (drums), Jacob Dean (guitar), and Kate Gutwald (bass). Their first EP, recorded by the legendary Jim Diamond (White Stripes/The Dirtbombs), was released in November of 2014 on L.A. based label L.O.O.S.E+Manimal Vinyl, and was dubbed a 'New and Notable Release' by Bandcamp.

Originated in Detroit's DIY scene, the band played in warehouses and makeshift venues across the city. Since then, Moonwalks have toured extensively throughout the US and Europe, as well as open for notable acts such as Thee Oh Sees, Metric, Kikagako Moyo, Wand, and LA Witch. Their debut LP, also recorded by Diamond, was released November 6, 2015 on Manimal Vinyl.

Moonwalks released their first 7'' single, 'A Little Touch of Gravity//Steam Train'' on Brooklyn based Greenway Records in January 2017.

Moonwalks international debut, 'IN LIGHT (THE SCALES IN THE FRAME)', will be released January 26, 2018 on Bristol based Stolen Body Records.